Zaman broke the record of the highest runs recorded in a 5-match bilateral ODI series, earlier set by Hamilton Masakadza who scored an aggregate of 467 runs in 5 games against Kenya in 2009/10

Fakhar Zaman pioneered his way through to a unique feat during the course of his innings of 85 in the 5th ODI against Zimbabwe at Bulawayo. Along with becoming the fastest batsman to 1000 runs in ODIs, a feat Zaman achieved in 18 innings, he also became the first batsman to have crossed the 500-run mark in an ODI series comprising a minimum of 5 matches.

The above list comprises of the top 5 aggregate runs recorded by batsmen specifically in a 5-match bilateral ODI series. Through his batting in the current series, Zaman broke the record set by Hamilton Masakadza who scored an aggregate of 467 runs in a 5 match ODI series against Kenya in 2009/10. Zaman also overtook fellow countrymen Salman Butt and Mohammad Hafeez who aggregated 451 and 448 runs against Bangladesh in 2007/08 and Sri Lanka in 2013/14, respectively. Hashim Amla could have had a shot at the 500-run mark had he not missed the Port Elizabeth ODI in the 2014/15 series against West Indies.

Zaman made his ODI debut a year ago in the ICC Champions Trophy 2017, and grabbed eyeballs by smashing 252 runs in only four innings, including a 106-ball 114 in the final against India guiding Pakistan to victory. In the 4th ODI of the current series, he also became the first Pakistan batsman to record a double hundred in ODIs. 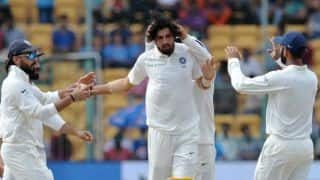 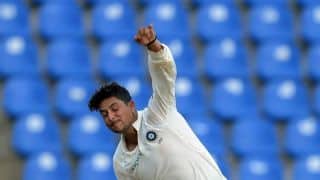