Hosts Zimbabwe take on visitors Sri Lanka, in the first One-Day International (ODI) of the tri-nation series, involving fellow visitors West Indies, at the Harare Sports Club on Monday. Zimbabwe, who are just coming off a pathetic Test series vs Sri Lanka, will have a lot on them as they aim to make a turnaround in the shorter version of the game, and with the ODIs being a different ball game, as well as being played at their home venue, it just might work in the favour of the hosts. However, considering Sri Lanka’s form, following the Test series win over the hosts, they would definitely be carrying the winning momentum forward in the ODIs as well, and would be an uphill task for the hosts to give them a stern challenge. Full Cricket Scorecard: Zimbabwe vs Sri Lanka, tri-nation series, 1st ODI at Harare

Speaking on the Zimbabwe squad for the tri-series, Graeme Cremer is all set to lead the hosts, while Carl Mumba and Tarisai Musakanda are the couple of new faces, and rookies in the side, who have earned their maiden call up in the Zimbabwean ODI side, while familiar names in the form of Brian Chari, Tinashe Panyangara and Chris Mpofu retain their spot in the side. Meanwhile, Zimbabwe Cricket (ZC) decided to drop a few of top names from the side in the form of Tendai Chatara, Neville Madziva, Timycen Maruma, Wellington Masakadza, Tawanda Mupariwa and Taurai Muzarabani, and would be interesting to see if the decision turns out to be a good or fatal one for Zimbabwe cricket in the tri-nation series.

As for the touring Sri Lankan side, Upul Tharanga has been named the skipper of the side, with regular skipper Angelo Mathews being ruled out of the series due to injury. Rangana Herath led the side in the two-Test series vs Zimbabwe, while Sri Lanka Cricket (SLC) decided to go ahead with Tharanga for the ODIs, with Herath retiring from the ODIs in 2015. Kusal Perera is the vice-captain of the side, while the side includes few big names in the form of Kusal Mendis, Shehan Jayasuriya, Nuwan Kulasekara, Dasun Shanaka, Nuwan Pradeep, Suranga Lakmal, and many more. Zimbabwe drop Vusi Sibanda from 15-man squad for tri-series

With the match being held at Harare, the pitch is likely to be on the even side. Therefore, considering the first ODI at Harare, both the teams are looking to go ahead with a balanced side. As for Zimbabwe, the likes of Brian Chari, Tinashe Panyangara and Chris Mpofu are most likely to feature in the side. Also, Hamilton Masakadza, Chamu Chibhabha, Craig Ervine, Sean Williams, and many other too are all set to feature in the side, as Zimbabwe undoubtedly aim to field a strong playing XI.

As for Sri Lanka, the likes of Dhananjaya De Silva, Kusal Janith Perera, and many more are all set to feature in the side, also with the likes of Upul Tharanga (c), Kusal Mendis, Shehan Jayasuriya, Nuwan Kulasekara, Dasun Shanaka, Nuwan Pradeep, and many more too set to feature in the side, as Sri Lanka too have a star studded side, and would be fielding the best XI, which indeed would be a head to head clash with the Zimbabweans. Upul Tharanga to lead Sri Lanka in Zimbabwean tri-series

Zimbabwe have yet another chance to show their skills and make a comeback in the series in the second and final Test of the series which starts from November 6 at the same venue. After the Tests get over, the two teams along with West Indies will meet in the tri-nation series. The triangular series have made a quiet comeback to the existing cricket set-up. There was a time in the 90s and early 2000s when triangular ODI series were in fashion. But with the changing times and keeping FTP needs in mind, bilateral ODI series became a norm. 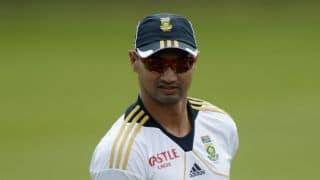 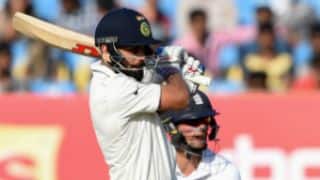