Brendon McCullum simply nodded at Corey Anderson, and the rest was history.

It is the 29th over of the day, Mitchell Marsh’s second after the lunch. In his previous over he had produced a gem of an outswinger to snare the indissoluble Kane Williamson. Off the 2nd ball, Brendon McCullum cuts hard to point to bring the new man, Corey Anderson on strike. The first couple of balls whiz past Anderson’s bat. He is not beaten but you sense the nerves. As he adjusts his gloves, McCullum wanders down the pitch from the non-strikers end pretends to do some gardening, chews on his gum, makes eye contact with Anderson and then simply nods his head. FULL CRICKET SCORECARD: New Zealand vs Australia, 2nd Test at Christchurch

The next ball Anderson is not too dissimilar. The line is on off-stump, but Anderson flexes his muscles, closes his eyes on impact, and pulls it over square leg for six.  Slow motion replays show the ball hitting the top edge and the indent in Anderson gloves as he gives McCullum some glove love. They also show the wry smile from Anderson.  It is obligatory smile to his skipper. READ: Brendon McCullum’s 5 fastest international centuries

It sums up the day and the dynasty of McCullum. When he speaks the team listens. It is by no means forced, but since taking over the captaincy McCullum has created that respect. Win at any cost, within the spirit of the game of course, is the mantra and do it in a manner that suits the team. READ: Should Brendon McCullum reconsider retirement?

When McCullum took over as captain, he realised wearing down the bowlers and trying to take the Tests deep into the fifth day was not their strength. Stroke-makers such as himself, Martin Guptill, Anderson and even Ross Taylor at times played at their best with the philosophy of ‘live and die by the sword.’ READ: Brendon McCullum among the best modern captains

If anyone was to be surprised at New Zealand’s tactics then it was worth listening to McCullum comments at the toss again. He is man faithful to his team and his words. “You will see some positive batting on this type of wicket” he told Simon Doull. READ: Brendon McCullum: Cricket’s Wolverine!

For the first couple of hours it might have seemed like a lie, but then again McCullum knows which players can attack and which players can defend.  The way Anderson attacks showcased his true leadership and his man management skills. There was luck but this was the only way McCullum felt his teams could survive. READ: Thanks for the memories, Brendon McCullum

He had learnt it the hard way. Either from last week in Wellington or his first Test as skipper when New Zealand were bowled out for 43 after electing to bat first against South Africa.  It was embarrassing but the way McCullum conveyed the message to his team after that Test spoke volumes about the art of his captaincy. READ: Brendon McCullum Test retirement: Best knocks of the New Zealand skipper

He never disused the Test or the techniques, instead he spoke about the All Blacks. He told the men about the respect and the pride they had created for a country boasting a population of only four million. He told his teammates that he wanted the Black Caps to command similar respect from his countrymen. He told them about being noticed on the world sporting scene just like the All Blacks. Most importantly, told them to get to that level with enjoyment and respect. No less than six of the players that first heard those words from McCullum are playing alongside him in his final Test. The others had been relayed that message either by McCullum, coach Mike Hesson or team manager, Mark Sandle. READ: New Zealand must keep Brendon McCullum’s legacy alive

‘Enjoyment’ and ‘Respect’ are two words that would define New Zealand cricket. Last year when Ben Stokes and Alistair Cook took the first Test away from New Zealand at Lords, McCullum looked at his teammates and reminded them that they were playing a Test at Lords, that it was every budding cricketer’s childhood dream, and that it was paramount to enjoy it.  New Zealand might have lost the Test but the simplicity in the message ensured the positive mindset and it led to New Zealand winning the second Test. READ: When Brendon McCullum paid perfect tribute to Phillip Hughes with dazzling double century against Pakistan

‘Respect’ was not only on the field but off it. Recently a member of the support staff had stood by the door and blocked one of the bowlers passage as he tried to run out to start his bowling drills in between innings. The bowler gently tapped the support staff and politely said ‘out of the way mate’ with a smile on his face.  In McCullum eyes this was not respecting your team mates, so he stopped the player and reminded him of the two fundamentals of his captaincy.  “Sorry Mate, had to run to do the warm ups’ was the quick reply from the bowler to the support staff.

It was a further indication of when McCullum spoke the team listened. On Day One of the second Test against Australia, McCullum simply nodded at Anderson and the rest was history. 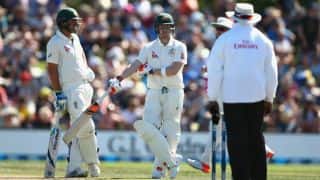 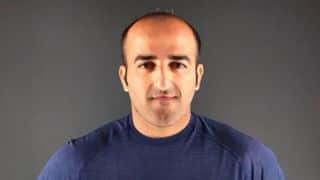