Sachin Tendulkar batted cramps to score an epic 98 off 75 balls in the 2003 World Cup.

Ahead of the ICC Cricket World Cup 2019, where Virat Kohli will lead the Indian cricket team for the first time at a World Cup, we at CricketCountry are recapping the best of India‘s wins at the quadrennial ODI championship. In today s edition, a look back at that epic match against Pakistan in the 2003 World Cup.

A match ahead of which, Sachin Tendulkar would reveal a couple of years later, he had not slept properly for 12 nights.

India vs Pakistan cricket matches have always engaged fans from both countries. This was a World Cup game, and Sourav Ganguly s team had gained steam after losing to Australia early in the tournament. India had never lost to Pakistan at a World Cup, and maintaining that record was paramount to India reaching the semi-finals.

On the big day, Pakistan captain Waqar Younis won the toss at a packed SuperSport Park and opted to bat. A century from Saeed Anwar formed the basis for a total of 273/7 in 50 overs. No other Pakistan batsman crossed 32. India had their task cut out against a world-class pace attack featuring Shoaib Akhtar, Wasim Akram and Waqar.

What followed is the stuff of folklore today.

India took two fours off the first over of India s chase: a rasping punch rom Tendulkar off the back foot followed by a steer to third man from Virender Sehwag. But the tone was set in the second over, bowled by Shoaib. Tendulkar cut six over third man, standing tall. Then, a delicious whip across the stumps for four past square leg. Even better, a stunning push that Tendulkar trademark for four between the stumps and mid-on. The fans sensed something special was happening.

Sehwag then uppercut Waqar for six over point, followed by Tendulkar turning four more off his pads. Wasim was taken for two fours in his next over by Sehwag and after five overs, India had sped to 50.

Then, drama. Waqar struck twice in two deliveries, getting Sehwag driving to short cover and pinging Ganguly lbw for a golden duck. Pakistan were back in the match, briefly.

Mohammad Kaif made 35 off 60 balls and helped Tendulkar take India s chase forward. On 32, Tendulkar pushed the ball in the air to mid-off where Abdul Razzaq jumped up but failed to hold on. Words were shared between Wasim and Razzaq, then Tendulkar flicked Waqar for four to reach his half-century off 37 deliveries.

In a rare release of emotion, Tendulkar punched the air.

Tendulkar suffered cramps, but did not slow that much. Waqar was punched off the back foot for four and twirled him off the stumps to raise India s 100. At 126/2, Tendulkar lay down in pain and summoned for assistance. The team physio massaged him, and after a few minutes the chase resumed. After hitting Razzaq for a straight four, Tendulkar clutched his thigh and grimaced.

Kaif departed at 155/3 in the 22nd over, his innings of 32 a vital contribution. In walked Rahul Dravid, who looked on as Tendulkar struggled to run. Finally, with India 177/4, Tendulkar asked for a runner. Sehwag hurried out, and for the first time in his glittering career Tendulkar had to use the assistance of a runner.

On 98, Tendulkar faced up to Shoaib who hurtled in and delivered a terrific delivery. It was fast, pitched short and snarled up at Tendulkar s body. Already suffering from immense pain, all Tendulkar could do was fend the ball away to the off side as it got big on him. The resultant edge was taken at point by a diving Younis Khan, and an all-time ODI classic was ended.

As the Pakistan fans roared and the Indian fans gasped, Tendulkar limped off. His 98 off 75 balls was a true gem of an innings, and thanks to Dravid (44*) and Yuvraj Singh (50*) India chased their target in 45.4 overs.

Asked about that Centurion 98 two years later, Tendulkar had this to say: I got a couple of balls to hit, they went nicely off the bat, and things started happening. Shoaib bowled short and wide. It was there to be hit, and I hit it well. It went for a six. I thought, this is working well so why not carry on? 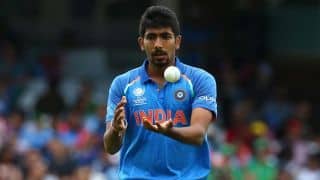 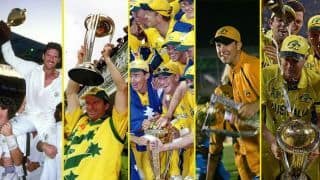