Mohit Sharma, Ashish Nehra, Hardus Viljoen, Mustafizur Rahman, and other bowlers to watch out for in IPL 2016 player auctions.

The Indian Premier League (IPL) 2016 player auction will be held on February 6 and 7 in Bangalore. The eight teams that will be a part of IPL 9 will have 351 players from which to choose a maximum of 116. The two new sides, Rising Pune Supergiants (RPS) and Gujarat Lions (GL), have only five players each, and will be the major buyers at the auction. The players have been separated in terms of batsmen, bowlers, wicketkeepers, and all-rounders. Here is a look at the top 10 bowlers to watch out for at the IPL 2016 player auction. READ: Full list of players released by IPL 9 teams before Indian Premier League auction

1. Ashish Nehra: India’s vastly experienced left-arm pacer recently made a national comeback and showed he had lost none of his zip. Though he is over 35, Nehra has shown that he is still fit enough to bowl four overs of decisive pace and seam. Nehra was excellent for Chennai Super Kings (CSK) in the last couple of seasons, and will undoubtedly be a hot pick in the upcoming auction. READ: Full list of players retained by IPL 9 teams before Indian Premier League auction

2. Mohit Sharma: Nehra’s fellow CSK teammate, Mohit has been a staple in the CSK set-up for the last few seasons. Though he is not particularly fast, Mohit has the ability to bowl disciplined lines and has a good record in IPL. He too will be a potential big buy for the auction. READ: Full list of players to be auctioned with base prices in IPL 2016

3. Barinder Sran: Having made his international debut recently in and against Australia, Sran has showcased his skills at the highest level. Sran is by no means a finished product, but he showed himself capable of bowling good slower balls and decent yorkers. READ: Complete list of teams with funds before IPL 9

4. Dhawal Kulkarni: Though Kulkarni is not a part of the Indian set-up at present, he has been impressive whenever he has got the chance while playing for India. Kulkarni was a novice when he made his IPL debut in the 2008 edition, but he has since become a seasoned campaigner. READ: Gujarat Lions in IPL 2016: Know your team

5. Mustafizur Rahman: No one knew Mustafizur in IPL 2015, but within a month of the tournament’s conclusion he was the toast of Bangladesh. Having taken back-to-back ODI five-wicket hauls in his first two matches, both against India, Mustafizur went on to achieve great highs in a short period of time. In the nine ODIs he has played so far, Mustafizur has taken 26 wickets at a mere 12.34 with three fifers already. He has all the makings for a champion cricketer for Bangladesh. His slower balls were especially lethal against India. He is more than likely to be picked up for a hefty sum. READ: Royal Challengers Bangalore (RCB) in IPL 2016: Know your team

6. Kyle Abbott: The South African pacer is still not a first-choice part of the team, but in his limited opportunities he has almost always excelled. Given how well he bowled during the series against India and his experience in T20 cricket, Abbott is likely to get a decent deal at the auction. READ: Rising Pune Supergiants (RPS) in IPL 2016: Know your team

7. James Pattinson: A fast bowling connoisseur’s delight, Pattinson has had his share on injuries in recent times. Despite that he has made it back to the Australian set-up and done well. His fitness will be the only thing preventing sides from grabbing Pattinson with both hands. If they do decide to take a chance on him, he could prove to be a great buy. READ: Kings XI Punjab in IPL 2016: Know your team

8. Hardus Viljoen: Not many people know of Hardus Viljoen, but those who do know that he is an out and out fast bowler. He recently made his Test debut against England, and took a wicket with his first delivery. That aside, he had an unremarkable match; but there is no denying the talent Viljoen possesses.

9. Nathu Singh: There has been much buzz recently over Nathu, a pace bowler who plays for Rajasthan. Nathu has been called a number of things including “raw” and “promising” but he is still a bit of a wild card. However, if picked he will certainly have a few eyes on him; he has already been earmarked as a potential future international player.

10. Krishna Das: Anyone not following the ongoing Ranji Trophy season will be forgiven for knowing nothing about Krishna Das, a medium-pacer who plays for Assam. However, those who are paying close attention to the tournament would know that he is among the leading wicket-takers of the season, and is one of the major reasons Assam have progressed to the playoff stages. Krishna is one of minnows of the auction, but few will be more deserving than him of a chance to shine on a bigger stage than he is used to. 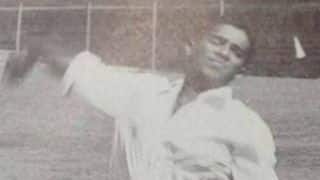