Sachin Tendulkar has lowest percentage of IPL runs in sixes.

In the tournament of fours and sixes, Bharath Seervi looks at the batsmen who scored their runs in Indian Premier League (IPL) with low percentage of boundaries.

The twenty-over format is the shortest in cricket. IPL it is, full of frenzy and excitement. More the number of boundaries, more are the runs for batsmen, and of course for the team — and more the cheers. All batsmen do wish to score quick runs, maintain a good strike rate and do the best for the team in short amount of time they get to bat. IPL 2015 Highest wicket-taker: List of best bowlers in IPL 8

In the tournament where expectation is to hit as many fours and sixes as possible, who are the players who have scored low percentage of their runs in boundaries and have relied on scoring singles and doubles? IPL 2015 schedule: IPL 8 match time table with venue details

It may be surprising to know that JP Duminy has scored just 48.75% of his IPL runs in boundaries. He has scored 1,608 runs of which 784 came in boundaries. Among all those players who scored more than 1,000 IPL runs, Duminy has the lowest percentage. IPL 2015 Points Table & Team Standings

He is a decent batsman and has played match saving innings when needed and in this season he is the captain of Delhi Daredevils (DD). Manoj Tiwary is the only other batsman with over 1,000 runs who has scored less than 50% of his IPL runs in boundaries.

Let us take a minimum cut-off of players who have scored 1000 or more runs in IPL and who have lower percentage of runs coming from fours and sixes. There are few surprising names.

Though Subramaniam Badrinath did not smash a lot of boundaries, he was a part of almost all the matches played by Chennai Super Kings (CSK) till 2013.

Below the tables list the batsmen who scored lowest percentage of their IPL runs in fours and sixes separately.

Pollard has the highest ratio of fours to sixes in IPL. He has hit 94 sixes and just 108 fours. In overall T20s, he is one step ahead. He has hit more sixes (348) than fours (344) in his career of 273 T20 matches. The next-best IPL ratio belongs to Albie Morkel — 52 sixes and 60 fours. It is not a coincidence that Pollard and Morkel are the two most experienced players in T20 cricket having played 273 and 268 matches respectively. 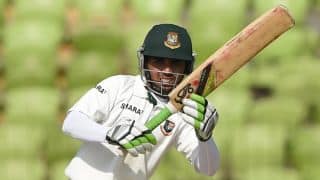