Only two touring non-Asian sides have ever swept a Test series in Asia - and they were both Australian.

Only twice in the history of Test cricket has a touring non-Asian team won all three matches of a series in Asia: the mighty Australian team led by Steve Waugh and Ricky Ponting in the early 2000s.

Now, Joe Root s England will fancy a slice of history when they meet Sri Lanka in the third Test at the SSC in Colombo on Friday.

ALSO READ: Rare away whitewash the target for Joe Root at SSC

England hold an unassailable 2-0 lead in the three-Test series after Jack Leach s five-wicket haul starred in the second Test at Pallekele, and given their dominance on this tour and the current situation that hosts Sri Lanka find themselves in, a rare 3-0 away sweep is not unlikely.

It is quite a statistic: only two touring non-Asian sides have ever swept a Test series in Asia.

Under Waugh, Australia beat Pakistan 3-0 in 2002 in a series split between Sri Lanka and the UAE. The series began in Colombo where Waugh s team won a gruelling Test by 41 runs – in which Shane Warne claimed 11 wickets – and then moved to Sharjah where in oppressively humid conditions the Australians crushed Pakistan by an innings in the second and third Tests.

Two seasons later, with Waugh retired, Ponting s all-conquering team landed in Sri Lanka. Warne was making his comeback from a year s suspension for taking a banned diuretic before the 2003 World Cup and there was plenty of speculation about how he would fare in a contest that pitted him against Muttiah Muralitharan. Warne answered everyone with 26 wickets in three Tests, including back-to-back hauls of 10 wickets in the first two Tests and then taking his 500th in Handy.

Australia beat Sri Lanka by 197 runs, 27 runs and 121 runs to claim another 3-0 sweep in Asia – a feat that has not been matched since and one that Root s second-ranked England are hoping to emulate as they plot their return to No 1.

In gaining a 2-0 lead on this tour, Root has become the first England captain since Nasser Hussain in 2001 to win a Test series in Sri Lanka. 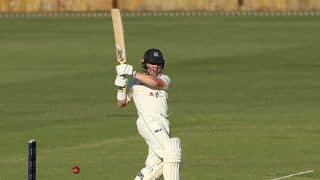 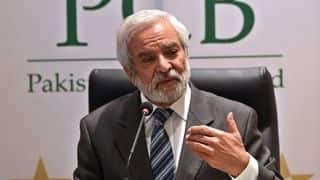 Premise for demanding compensation from BCCI was not conclusive: PCB chief Ehsan Mani