Finch addressed a misfiring batting unit once again and backed Lynn, 28, as a good shot for the World Cup.

Chris Lynn has found support from Australia s ODI and T20I captain Aaron Finch despite a middling run of scores in his latest stint, as the selectors continue to search for a batting lineup capable of defending the title at the 2019 ICC Cricket World Cup in England.

Lynn, having recovered from a niggling shoulder injury, returned to Australia s T20I and ODI squads last month. In four T20Is in the UAE – one against the hosts and three versus Pakistan – he managed poor returns of 20, 14, 7 and 15. In the ODIs against South Africa, Lynn made 15, 44 and a first-ball duck.

Lynn was recalled to the limited-overs setup after racking up 45 runs in seven JLT One-Day Cup innings for Queensland, which included two hundreds and three fifties at a strike-rate of 117.70. Recognising such stellar batting – Lynn batted at No 3 for his state team, while leading them – as a positive for Australia ahead of the World Cup, Finch outlined sting the batsman brings.

“I think the way he played in the JLT Cup this year was exceptional,” he said. “Being the guy who hadn t played one-day cricket for a long time, that was really positive. The way he can turn a game … we saw it briefly in Adelaide when he flicked the switch against (Kagiso) Rabada. Yes, he got out but he changed the momentum of the game totally. That s still definitely a thought going forward.”

“You do feel (Lynn’s) going to give you a chance from a bowling point of view,” du Plessis said. He’s an x-factor and wants to go hard at the ball, so it creates an opportunity for us to try and get him out. He looks like he’s comfortable when the ball is a little slower, in the 130s (kph), and he can bully that.

Australia, who recently loss an unprecedented seven successive ODIs and on Sunday slumped to their 18th loss in 21 matches, have 13 more ODIs until the start of the 2019 World Cup. 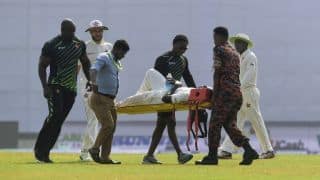 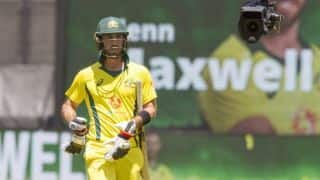