Afghanistan Cricket Board on Friday sacked Asghar Afghan as the skipper for the Afghanistan team. Gulbadin Naib, Rashid Khan and Rahmat Shah were named captains for ODIs, T20Is and Test respectively.

While Rashid will be Naib s deputy in ODIs, Shafiqullah Shafiq and Hashmatullah Shahidi will be the vice-captains in the T20Is and Tests respectively.

Afghanistan brought in the change in captaincy a month before the upcoming World Cup 2019.

Asghar took over the captaincy reigns from Mohammad Nabi in April 2015. Under him, Afghanistan won their first ever Test, when they beat Ireland in India in March this year. (ALSO READ: Asghar Afghan basks in historic day for Afghanistan cricket)

The right-handed batsman led the side in 37 Twenty20 internationals and 33 ODI wins, including a successful ICC Cricket World Cup Qualifier 2018 campaign, where Afghanistan beat West Indies in the final.

The Asian side will next travel to Scotland and Ireland in May and face the hosts in two ODIs each before taking on Pakistan and England in one-off ODIs ahead of the World Cup, where they will face Australia in their first game on June 1. 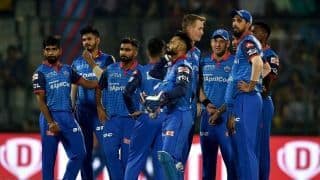