Shane Watson and Brad Haddin did not perform as well as they were expected to in the first Test.

The futures of team elders Shane Watson and Brad Haddin were under scrutiny as critics on Sunday homed in on Australia’s first Ashes Test thumping by England at Cardiff. Chasing a record-breaking 412 runs for victory, Ashes-holders Australia were dismissed for 242 after tea on Saturday’s fourth day to lose comprehensively by 169 runs in the first of five Tests. READ: England thrash Australia by 169 runs in Ashes 2015 1st Test at Cardiff

The last time Australia won an Ashes series after losing the first Test was on their 1997 tour of England. Australia’s media called for team changes as Michael Clarke’s men face a quick turnaround with the second Test starting at Lord’s on Thursday.

“There will have to be changes for the second Test with Mitchell Starc injured, Shane Watson out of chances to prove himself and plenty of team-mates out of sorts,” The Australian’s Peter Lalor said. READ: Ashes 2015: Joe Root feels he scored his most important hundred in Cardiff

The Sunday Telegraph’s Ben Horne said: “Batting woes and question marks over the credentials of some of Australia’s ageing stars have only been compounded by a potential fast bowling conundrum brought on by concerns over the seriousness of Mitchell Starc’s ankle injury.”

The Sunday Age’s Greg Baum said he believed age was catching up with the “greybeard” team. “Older players and their foibles and frailties didn’t lose Australia this match, but they did stand in marked contrast to the youth, verve and intent of England,” he said.

“Cricket is a game for specialists and so does not lend itself to wholesale changes. But for Australia to make no changes would be to harden the idea of a team in a stasis of their own making.” READ: Ashes 2015: Michael Clarke wants Australia to comeback like they did in ICC Cricket World Cup 2015

Critics singled out Watson and Haddin as the players under the most pressure to keep their places in the Australia team ahead of the second Test at Lord’s.

“Watson wasn’t the cause this day. This first Ashes Test probably was lost by the time he came in, but he was a symptom,” Baum said.

“In sport, to do the same thing over and over and expect a more favourable result is not necessarily the definition of insanity. But there is a difference between training your habits and being set in your ways. There is a difference between just in time and too late,” he added. READ: Ashes 2015: England’s approach in 1st Test proves they can compete with Australia, says Alastair Cook

Geoff Lemon, writing on the Australian Broadcasting Corporation sport’s website, said: “You sense that Watson’s time is up: not because of his critics but because of himself. His confidence is shot… He doesn’t look like he’s enjoying himself.” Wicketkeeper Haddin’s position is also under threat, according to some pundits, after his significant dropped catch when century-maker Joe Root had yet to get off the mark in England’s first innings that set up the early momentum.

“The orthodoxy that for an ageing keeper is that a decline with the bat shortly precedes one with the gloves. That view was furthered this week too following Haddin’s first morning drop of Joe Root, the pivotal moment of this match to date,” the ABC said. READ: Ashes 2015: Australia needs serious introspection after humiliating defeat to England in 1st Test at Cardiff 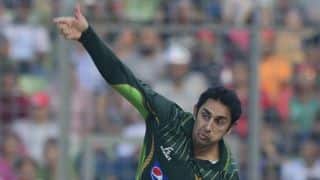 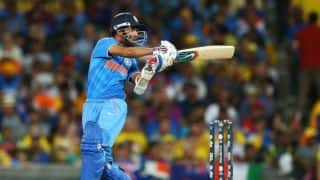