Archer, who has been struggling with a side injury, was omitted from an original 14-man squad along with fellow pacemen Sam Curran and Olly Stone.

ICC Cricket World Cup 2019 winner Jofra Archer will have to wait for his Test debut after the fast bowler was left out of the England side named Wednesday for the Ashes 2019 opener against Australia at Edgbaston.

The Barbados-born quick, who has been struggling with a side injury, was omitted from an original 14-man squad along with fellow pacemen Sam Curran and Olly Stone, who both featured in last week’s lone Test against Ireland.

With the series comprising five Tests in six weeks, England have opted for caution in how they handle Archer, even though he made a sooner-than-expected return to action with Sussex in a Twenty20 match last week.

“Jofra is coming back from quite a serious injury and we looked at the conditions, about a team that can take 20 wickets here, and it allows him time to get absolutely fit,” England captain Joe Root said at Edgbaston.

James Anderson, England’s all-time leading Test wicket-taker, returns to the side following a calf injury and will team up again with regular new-ball partner Stuart Broad. (ALSO READ: Would be great to send Australia home with nothing: Moeen Ali)

Allrounders Chris Woakes and Ben Stokes will provide seam-bowling support in the match starting Thursday. Broad and Woakes, who will be playing on his Warwickshire home ground this week, took all 10 wickets between them as Ireland were shot out for just 38 in their second innings at Lord’s.

England had already settled on their top seven, with captain Root confirmed to bat at number three as the hosts look to shore up their struggling batting order.

Australia hold the Ashes but have not won a Test series away to England since 2001. 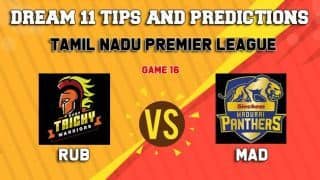 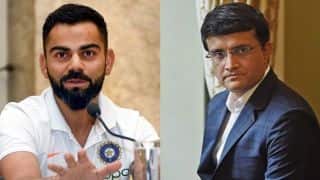