The 34-year-old has 143 first-class wickets in England across international and county games.

After a home summer mostly spent carrying drinks for his Australian team-mates, Peter Siddle is hoping to travel to England for this summer’s Ashes which follows the 2019 ICC Cricket World Cup.

Standing in line behind Mitchell Starc, Josh Hazlewood, Pat Cummins and Jhye Richardson in the queue for a Test spot, the 34-year-old Siddle is banking on his experience in English conditions. (READ MORE: Cummins eager not to miss out on any more matches before World Cup, Ashes)

Last September, Siddle was recalled to Australia’s Test squad for the tour of the UAE, just weeks after he took his 500th first-class wicket while playing for Essex during a county season in which he collected 37 wickets in seven games at 16 apiece. At the age of 33, he had played a Test for Australia in November 2016.

Siddle featured in both Tests versus Pakistan from which he claimed three wickets from 64 overs in sweltering conditions. Retained for the home series against India, Siddle did not get a game. Earlier this month, he was recalled to Australia’s ODI squad and played his first game after nine years. In three ODIs, he took two wickets while conceding runs at 6.48 per over. (READ MORE: ‘Feels like I’m starting all over again, very thankful’: Siddle on ODI recall)

He is part of the current Test squad but did not play in the day-night Test versus Sri Lanka last week and conceded that he is unlikely to play in the second.

“I haven’t played a lot of cricket, so not great,” Siddle said on Tuesday when asked about his time with Australia. “It’s been good to be around the Australian set-up but I think I played my seventh game in white ball in two months so there is not a lot of cricket being played. It is hard to sort of fly in and play games. That’s no excuse obviously. It is not the greatest preparation over the last few weeks.”

In 11 Test matches in England, spanning Ashes tours in 2009, 2013 and 2015, Siddle has 43 wickets an 28.37 apiece and two five-wicket hauls. His successful stint with Essex last year and past county experience added, he has 143 first-class wickets in England.

“I think my record over there (in England) speaks for itself. I’m not too worried about my preparation for that (Ashes tour). I’ll be fine there,” said Siddle. “It’s just tough at the moment, just trying to get some game time and flying in and out.” 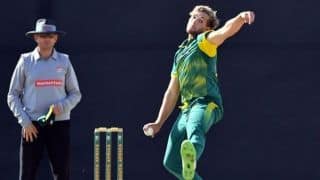 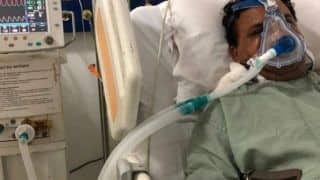