Shakib got there in 28 Tests, whereas Taijul did it in his 25th appearance.

Left-arm spinner Taijul Islam has become the fastest Bangladesh bowler to the milestone of 100 Test wickets, getting there in his 25th appearance.

The landmark 100th wicket in Tests came when Taijul bowled Afghanistan opener Ihsanullah Janat for 9 on the opening morning of the first Test at Chattogram.

Overall for Bangladesh, Taijul is the third bowler to reach 100 wickets in Tests after Shakib and Mohammad Rafique, both left-arm spinners.

Taijul, 27, made his Test debut in 2014. In third Test, he claimed the best figures in an innings by a Bangladesh bowler when he took 8/39 against Zimbabwe at Mirpur.

Bangladesh and Afghanistan are engaged in a one-off Test match. 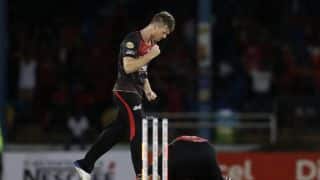 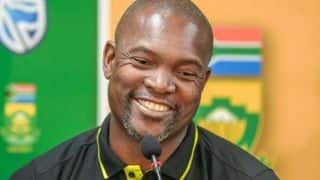