Sarkar negated any views of complacency creeping into Bangladesh, who registered a 2-0 clean sweep and won the ODI series 2-1.

After receiving a drubbing in the three-match Twenty20 International series opener at Sylhet on Monday, Bangladesh will look to tighten up the screws when they face West Indies in the second match at the Shere Bangla Stadium in Dhaka on Thursday.

The hosts were floored by Shai Hope s 16-ball fifty the third fastest as the Windies chased down the 130-run target with 55 balls remaining.

“We are ready to take up the challenge. We are trailing 1-0 and we will try to make a strong comeback tomorrow, Bangladesh batsman Soumya Sarkar was quoted as saying in Cricbuzz.

We also lost the first game in Windies but we made a strong comeback. In the opening match, we made few mistakes and lost early wickets and if we don’t make those mistakes, it will be good for us.”

Opting to bat, Shakib Al Hasan waged a lone battle scoring 61 off 43 with the other top scorer Ariful Haque scoring a paltry 17. Mahmudullah was the other batsman to reach double digits in what was a shoddy batting show.

“Shakib bhai held the innings for a while. If any one of us had scored runs then the score would have been 160 in place of 129. Then the gameplan would have been different. The bowlers would have had good confidence. Nevertheless, Shai Hope batted really well for them. They scored a lot of runs in the powerplay. If we could have increased the dot balls, then the game could have lasted for long,” Sarkar, who added just 5, said.

The Caribbean pacers Oshane Thomas and Sheldon Cottrell ran riot through the Bangladesh batting order reducing them to 31 for 3 in the fourth over. The top four batsmen fell to bouncers while trying to play the pull shot.

Sarkar isn t afraid by the chin-music. “I don’t think there is any need to worry about it. Playing short balls is a matter of great courage. If we had got out going on the back foot, then you could have said that there was some fear factor involved. They bowled short, while we tried to hit them by running after them and it is a matter of courage, he said.

“If it was a Test match, then it would have been a different case. [In this format] We have to score shots, otherwise our scoring options will be reduced. I am saying that there is nothing to fear. We have also improved a lot. In the last few matches, we didn’t get out to short balls. In our conditions, we play against the spinners the most. And suddenly when you face a quick bowler in the early stage, then we face a little problem. We will have to adapt to that. If we could play clever cricket by timing the ball and placing it instead of hitting them hard, it would have been better.”

Bangladesh had registered a 2-0 clean sweep in the Tests and clinched the ODI series 2-1. Asked whether a sense of complacency was creeping into the home side, Sarkar negated any such views.

“I’m not seeing it that way. We were confident but I didn’t see anyone being overconfident. We all know that they are the World Champions. We are not doing too badly, he said.

We are trying be at par with them but probably there were some mistakes. We tried to charge them early. If we had handled their pace bowlers properly in the early overs, then we could have charged them later. We played slowly in the middle overs as we lost early wickets. We, who bat at the top, need to utilize the powerplay well while we need to keep our wickets intact so that we can give the last push in the end. 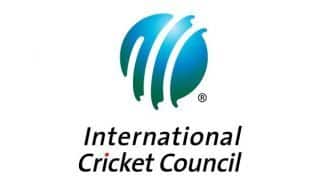 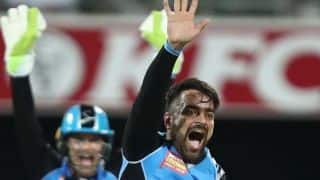