Melbourne Stars, who reached the finals in the first six editions, pocketed just two wins out of 10 matches last season.

Glenn Maxwell will lead Melbourne Stars, while Matthew Wade has been named captain of Hobart Hurricanes for the upcoming season of the Big Bash League which begins this week.

Maxwell, the No. 1 T20I allrounder, who has been in phenomenal form, takes over the reins from John Hastings, who was forced to retire due to a mysterious lung condition.

Melbourne Stars, who reached the finals in the first six editions, pocketed just two wins out of 10 matches last season.

“It’s an honour to be named captain of the Melbourne Stars and I’m looking forward to working with (head coach) Stephen Fleming on what is set to be another big season,” Maxwell was quoted as saying by cricket.com.au on Wednesday.

“We’ve got a talented list which includes new signings so it’s going to be important for us to come together this week and get to know each other more both on and off the field.”

The Stars will play their first match on Friday against Sydney Thunder in Canberra.

Meanwhile, Hobart Hurricanes replaced the incumbent George Bailey, who has grabbed eyeballs in the Sheffield Shield going as the leading run-scorer before the Christmas break, with Wade.

Hobart reached the final last season but were beaten by Adelaide Strikers in the summit clash. Bailey and Co will play their tournament opener against Brisbane Heat on December 22 at Gold Coast.

“I’m really proud to become the captain of such a great group,” said Wade.

“As I said with the Tigers Shield captaincy, I’m more than happy to step into the role because George thought it was the best move for himself and the team.

“As we’ve seen over the past fortnight with the Tigers, George being able to focus fully on his batting has been great for us and I’m sure that will transfer into purple.” 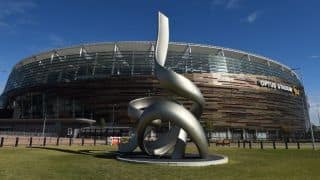 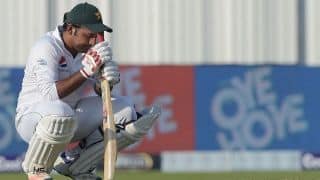