It has been smooth sailing so far for Chennai, the two time former champions.

Chennai won by 97 runs
Man of the Match: Brendon McCullum

CSK have lost just one of their five matches so far and are currently second on the table with four wins. Kings XI, on the other hand, have lost three of their five games and are placed third from bottom right now. IPL 2015: Points Table and Team Standings

It has been smooth sailing so far for Chennai, the two time former champions. The batting has an intimidating look to it and the entire top half has contributed well.

Although New Zealand dasher Brendon McCullum‘s bat has not produced a big knock in the last couple of matches but he remains a crucial cog in the opening slot. The opener, who smashed an unbeaten hundred against Sunrisers Hyderabad – seasons first and only century so far, has accumulated 166 runs in 5 games. IPL 2015: Schedule with venue details

Suresh Raina too struck form after a topsy-turvy start and skipper Mahendra Singh Dhoni has also chipped in whenever needed, making batting a massive strength for CSK. The bowling has also delivered quite well for the team despite not having a star spearhead.

Kings XI, in contrast, have struggled for a major part of their campaign so far although their morale would be boosted by tie-breaker win over table-toppers Rajasthan Royals (RR) in their last game. READ: Kings XI Punjab win thrilling Super Over against Rajasthan Royals

Their batting, which has looked wobbly, managed to draw even, chasing 192 runs for victory in the humdinger. However, a concern which did not subside even after that was Australian swashbuckler Glenn Maxwell‘s indifferent form.

Maxwell, despite having a good World Cup, has failed to fire in the IPL. He, along with skipper Virender Sehwag, will have to rediscover his form for Punjab’s batting to have an edge even though David Miller and Shaun Marsh have had a decent run.

The bowling also faces a similar problem with pace spearhead Mitchell Johnson struggling to cause the kind of damage that he is known for. 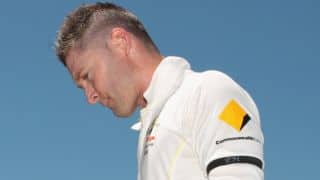