Lack of an ombudsman saw the CoA removing the temporary suspension on the duo over their comments in a chat show.

Board of Control for Cricket in India (BCCI) ombudsman DK Jain is set to get the Hardik Pandya–KL Rahul matter referred to him officially by the Supreme Court-appointed Committee of Administrators (CoA) when they meet in the capital on Thursday.

Speaking to IANS, a senior board executive confirmed that the CoA would refer the matter to the ombudsman once they meet for what is expected to be an important meeting, especially after the quarterly ICC meet wherein the letter from BCCI requesting for the international body to ban member boards from where terrorism emanates was turned down. (ALSO READ: CoA has not yet referred Rahul, Pandya s case: BCCI Ombudsman)

“The CoA will hand the matter to the ombudsman on Thursday when they meet in Delhi. It is one of the points that will be raised in a meeting which will also see the members discuss the ICC making it clear that no action can be taken on any member board on non-cricketing matters,” the executive said.

Pandya and Rahul had been suspended briefly for their inappropriate conduct in a chat show and were flown back from the team during the Australia series.

But lack of an ombudsman saw the CoA removing the temporary suspension. While Pandya joined the squad in New Zealand, Rahul was asked to ply his trade for India A’ against the England Lions.

The CoA had issued a statement which read: “The Committee of Administrators (CoA) had, by emails dated 11.01.2019 and in exercise of Rule 41(6) of the Constitution of BCCI suspended Hardik Pandya and KL Rahul in view of the allegations of misconduct against them, pending adjudication of the allegations under Rule 46 of the approved BCCI Constitution. (ALSO READ: Controversy humbled me, I respect the opportunity to play for India: KL Rahul)

“Since the adjudication of all allegations of misconduct against any cricketer registered with, inter alia, the BCCI is required to be undertaken by the BCCI Ombudsman, whose appointment is pending directions of the Supreme Court, the CoA is the of the view that the interim suspension orders dated 11.01.2019 should be presently lifted with immediate effect.

“The above matter and decision has been taken with the concurrence of Amicus Curiae P.S. Narasimha. In view of the above, the suspension orders dated 11.01.2019 is immediately lifted pending appointment and adjudication of the allegations by the BCCI Ombudsman.”

The Supreme Court bench comprising Justices SA Bobde and AM Sapre had on February 21 appointed Justice (retired) DK Jain as the ombudsman and the latter was asked to take charge immediately. 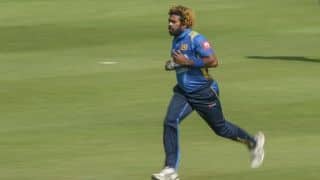 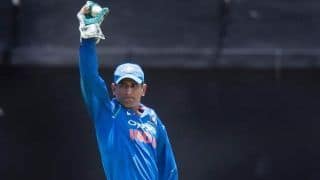