Warner has borne the brunt of the world cricket governing body s plan to clean the game up.

Sydney: Australia opening batsman David Warner on Friday insisted that the recent moves by the International Cricket Council (ICC) to crack down on sledging are taking the excitement out of the game. Jeff Thomson doesn’t think Ryan Harris’ absence will hamper Australia’s Ashes 2015 defence

In recent times, Warner has borne the brunt of the world cricket governing body s plan to clean the game up, which chief executive Dave Richardson vocalised ahead of this year s World Cup.

Twice in the past 18 months the left-hander was fined for comments both on and off the field: first during the series in South Africa in which he inferred a ball tampering offence; and second following a confrontation with India s Rohit Sharma during the Australian summer. Essex batsmen punish wayward Australian bowlers

“I’m on my last warning from the ICC. These rules are being clamped down now, they’re really honing in on players celebrating wickets and obviously a bit of banter on the field. If you walk towards a player the umpires are going to fine you, you’ve got to be smart with what you do,” Warner was quoted as saying by cricket.com.au.

“But you want to see that banter out there. You want the play-and-miss, and the bowler comes down the wicket and gives you a stare. I feel that sometimes it could be taking away from the viewers, that the viewers love that. You know that when you get out there the crowd gets into it, they enjoy that stuff,” said the 28-year-old. Chris Gaffaney ready to police teams to control sledging

Warner also asserted that the nature of the exchanges between players was misrepresented, explaining that the banter was far less sinister than perhaps made out in the media.

“I think everyone that is sitting behind the TV screens has to realise that … it’s not serious. There are no threats or anything out there it’s about producing entertainment for people that are at home watching,” he added. Ben Stokes won’t shy away from war of words 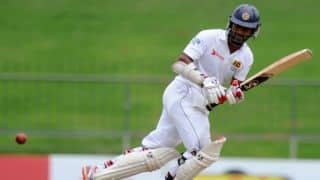 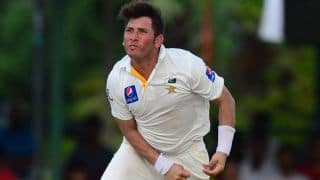