England vs New Zealand, Cricket World cup final Weather Report: Lord s, London Forecast for ENG vs NZ World Cup 2019 final: The latest update from Lord’s is that it is raining pretty hard and apparently, it is the heaviest rain of the week. There could be a delay in toss as well.

But, how is the weather like in London on final match day? Well, it is partly cloudy in the morning but is expected to be become a bit brighter through the day.

Accuweather predicts Intervals of clouds and sun and to remain either partly cloudy or partly sunny throughout the day.

While the morning and afternoon forecast is of Intermittent clouds, the evening forecast gets better to mostly clear.

While the forecast is not alarming, right now it is raining in London and it expected to rain for the next 80 minutes.

The semi-final of the ICC Cricket World Cup was rain affected with the game deferred to reserve day. And the inclement weather did play in part on how the pitch at Old Trafford, Manchester played out.

At St John, Wood, London, where Lord’s is located, is is currently raining.

Two teams, two captains, one prize. The biggest prize. The Cricket World Cup. If on May 30, 2019, people had said that the final of the World Cup 2019 would be between England and New Zealand, they were probably kidding. England, perhaps. But New Zealand? ALSO READ: Will England be fourth time lucky?

The bottom line is that they are here, on the cusp of history, a new dawn, a new beginning. With them is another side that attracted doubters. England went from being World Cup favourites to World Cup hopefuls to favourites again in a matter of one week. What a beating they dished out to Australia a team that has dominated World Cups. They have been nicest cricket team with the nicest bunch of players. Will the nice guys finish first?

It was even more special because not too long ago at Lord s, they had abjectly surrendered. But call it whatever you may Michael Vaughan s incinerating comments, the impact of Jason Roy at the top or simply that they have been the most consistent team since 2015 Eoin Morgan and England are on the verge of banishing demons of the last 20 years of disappointments and heartbreaks. 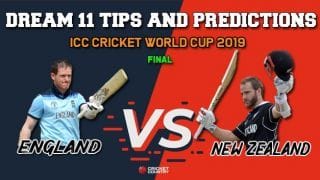 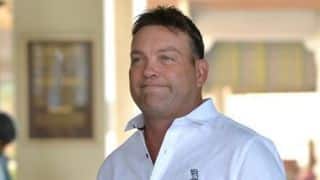