Bradman s greatness as a batsman was unquestioned. Even his greatest critics acknowledged that there was no one quite like him and never would be. In a 20-year long playing career, Bradman went on to play 52 Tests for Australia in which he scored 6996 runs at a staggering average of 99.94. In his final innings, Bradman was four runs away from recording an average of 100 but he was removed for a duck.

There’s plenty more to Bradman than just being the finest batsman the game has seen. The story of a young Bradman practicing with a cricket stump and a golf ball is part of cricketing folklore. He made his debut against England in 1928 where he scored just 18 and 1. But from there, Bradman picked up pace and constantly performed at a level that made him, in the words of former Australia captain Bill Woodfull, “worth three batsmen to Australia”. There was no format where Bradman didn’t leave a mark.

Even his ducks have been talked about more frequently than hundreds of others. Researches have been done on how Bradman s average would have shot up had he played on Indian soil.

England devised a plan during the 1932 Ashes series to combat Bradman s extraordinary batting, in which they constantly bowled at the body of the batsman in hope of the player defending more and attacking less. It infamously came to be known as the ‘Bodyline’ series. But Bradman scored the most runs for Australia (396) and drew a world-record crowd of 63, 993 at the Melbourne cricket ground. It was under Bradman that Australia came from 0-2 behind to win a Test series 3-2 against England in 1936/37.

Want to brush up your knowledge on Bradman? Here are some lesser-known facts about the genius. 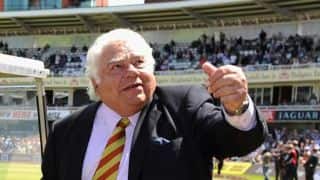