Bumrah, who is rested for the three T20Is and three ODIs against West Indies, will join the Indian for the two-match Test series in Caribbean.

No matter what the format is, Jasprit Bumrah has been India’s go-to-bowler in recent times. The right-arm pacer, who has scalped 49 wickets across 10 Tests in addition to 103 wickets in 58 ODIs and 51 wickets in 42 T20Is, though said that there’s a long way to go for him.

“The best thing is that as a team we are happy as a bunch. The start has been a good one for me but the journey is still long,” Bumrah, who won the 2019 Youth Icon award at the ‘Forbes India 30 Under 30’ in Mumbai on Friday, was quoted as saying by Cricketnext.

“It always feels good when people appreciate you. It feels good to be loved by the people of this country,” added Bumrah.

The right arm-pacer has had a long season, playing for Mumbai Indians (MI) in the Indian Premier League (IPL) and then shouldering the responsibility of the Indian attack in the ICC Cricket World Cup 2019. Considering he is pivotal for the Indian team, he is rested for the three T20Is and three ODIs for West Indies before joining the team for two Tests.

“I don’t know about being a national asset but it has been a long season with the IPL and World Cup and it was good to get a two-week break before I join the squad for the Test series,” he said.

Bumrah bowls with a unique action and in recent times, it is being emulated across the globe. When asked about this, Bumrah said: “As a kid, I used to watch a lot of cricket on TV and tried to emulate bowling actions of all the top bowlers in the world. So, everyday when I went out to play it was a new bowling action. There is no better feeling when kids are emulating your bowling action because I used to do that when I was growing up.”

Bumrah then credited the legendary Sri Lanka pacer Lasith Malinga for helping him with bowling the yorkers.

“I started playing cricket with the tennis ball and the most useful delivery then to pick up wickets was the yorkers, so I stuck to that. When I came to IPL and played in the same team with Malinga, he showed me the importance of bowling accurate yorkers. I think I am decent with the delivery but I want to get better,” concluded Bumrah. 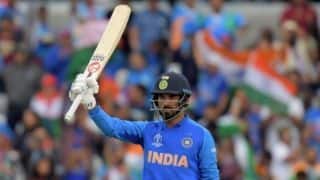 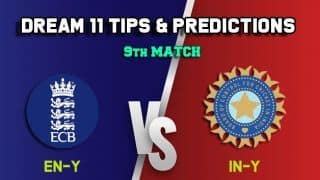 Dream11 Team England U19 vs India U19, Match 9, U-19 Tri-series – Cricket Prediction Tips For Today’s match EN-Y vs IN-Y at Chelmsford