AUSSIES WIN! What a Test.

India all out for 140, lose the 2nd Test at Perth by 146 runs. Pat Cummins with the final wicket. Australia draw level. Tim Paine’s first victory as captain.

WICKET – Pat Cummins gets rid of Ishant Sharma. Australia one wicket away from win

WICKET – Another one – Mitchell Starc sey tup Umesh Yadav in the over, pushing him back with the short pitch delivery and then got one to rise, aimed at the body, and Umesh fended it, taking his eyes off the ball and lobbed a simple return catch. India 139/8

WICKET – Nathan Lyon drifts one and foxes Rishabh Pant in the air. Pant dances down, failing to reach the pitch of the delivery, bottom edge to short midwicket and Peter Handscomb takes a very good catch. Pant goes for 30. India 137/7

WICKET – That’s the first wicket of the day. Mitchell Starc removes Hanuma Vihari for 28. Inside edge on to the thigh pad and the ball travels a long way. Marcus Harris from short square leg walks in and takes the easiest of catches. India 119/6

@MarcusHarris14 to Pant: “If you get out you can go out and disco tonight. Good circuit on a Monday night in Perth.” #AUSvIND #FoxCricket pic.twitter.com/Mg2pSfLHxa

And we are underway – Nathan Lyon starts – Single for Hanuma Vihari. Mitchell Starc comes on for the second over of the day.

Final day of another engrossing Test match and the equation is simple. India need 175 runs to go 2-0 up in the series, Australia need 5 wickets to draw level. Hanuma Vihari, Rishabh Pant have a big day ahead, and a tough one also.

Hello and welcome to LIVE coverage from the fifth and final day of the second Test between India and Australia at Perth.

India face an uphill task to seal a victory from the spot they find themselves in right now, five down and 175 runs to win, on a fifth day pitch which has begun playing up.

ALSO READ: The best and worst from Day 4 of the Perth Test

Hanuma Vihari and Rishabh Pant, the overnight batsmen and the last recognised batting pair, before the tail is exposed, will have to bat out of their skins if India want to close the day with a draw. However, that could be unlikely, with cracks in the pitch beginning to open up which could make Nathan Lyon and Josh Hazlewood – two bowlers who have put India on the mat on Monday – extremely lethal on the final day.

Kaushik: With latest failure, KL Rahul’s fate perhaps no longer in his hands 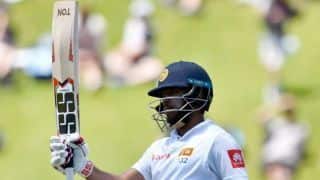 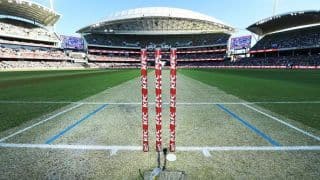