Johnson said Starc is much better than what was on show in Adelaide.

Perth: Mitchell Johnson has offered to help Mitchell Starc rediscover his rhythm ahead of the second Test against India in Perth, where the fast pitch can have the Australian pace spearhead “alive and going”.

Starc managed two wickets in the first innings and three in the second in Adelaide, where India emerged victorious by 31 runs. The second Test begins on Friday.

Johnson, the fifth-highest wicket-taker for Australia in Test history, feels his former team-mate is perhaps struggling with something in his mind.

“Everyone operates in a different way and I’ve already sent him a couple of text messages to see if he wants to catch up and have a chat about things because I have worked with him in the past and you get to know people really well,” Johnson said on BBC’s Stumps podcast.

“It just looked like there was something on his mind, something’s not quite clicking. We’ll sit down hopefully before the Perth Test match starts.

Johnson is hoping that the WACA wicket plays true to its reputation to help Starc play solid and aggressive. “It’s probably going to be a pretty quick and bouncy wicket as well. That could really get (Starc) alive and going. All I would say to him is he’s just got to have that belief in himself and get involved in the game and I guess have that presence, said Johnson.

Starc has said that his previous ankle injuries had him concerned about the footholes.

In the past 12 months, Starc has 29 Test wickets from eight matches at 32.62 apiece, with Nathan Lyon (46 from 10 games), Pat Cummins (40 from eight) and Josh Hazlewood (30 from eight) all claiming more wickets during the same period.

Johnson said Starc is much better than what was on show in Adelaide. I know what he’s capable of. He’s just not swinging the ball at the moment. I feel like he might be slightly underdone. He has been out with injuries and he’s sort of come back. I don’t feel like he’s got that rhythm at the moment.

The Mitchell Starc I know, he runs in, he’s got that real good rhythm in his run up, he’s running in fast, he’s got that presence about him, he has a good follow through where he’s in the batsman’s face, he’s involved in the game. We’re just not seeing that. 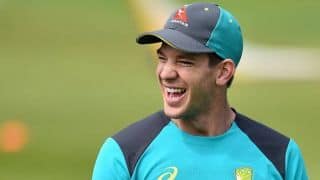 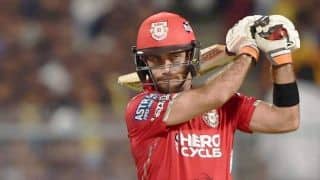