Shastri, known for his witty one-liners, passed a cheeky comment at the end of Day 2 of the Boxing Day Test at MCG.

While commentating, O Keefe described Agarwal s scintillating 304 not out against Karnataka in the Ranji Trophy last year as a knock he achieved against railways canteen staff.

Apparently he got the triple against the railways canteen staff, O Keefe said and added that the bowling attack was made up of chefs and waiters .

Shastri, known for his witty one-liners, passed a cheeky comment at the end of Day 2 of the Boxing Day Test at MCG.

Speaking to Fox Cricket, Shastri said: “He [Mayank] has got a message for Kerry… ‘when you do open your canteen, he wants to come and smell the coffee. He wants to compare it to the ones back in India…coffee here’s better or the ones back home’.”

“He [Pujara] has not had enough. He is going to take that bat and sleep with that bat. That’s Puji for you. He is a good old-fashioned cricketer. He might not be the ideal player that crowds want to see but my word when the conditions become like this, he is the one who digs deep. Puts a price tag on his wicket. He played magnificently especially after the platform he was given yesterday,” Shastri said.

Shastri singled out Agarwal s contribution at the top. The Karnataka batsmen, who made his debut after piling tons of runs in the Ranji Trophy, smashed 76 the highest score by an Indian on debut in Australia.

“Mayank Agarwal…let’s not take it from him. We could have easily been three down for 80 and then it would have been a different ball game. He dug deep,” Shastri said. 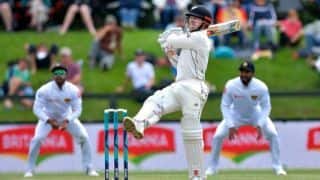 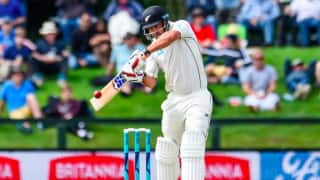