Melbourne: An “excitable character” who wants to win at all times, that’s how former Australian coach Darren Lehmann described Virat Kohli and said there was nothing wrong with the Indian captain’s on-field conduct.

Kohli and Australian skipper Tim Paine clashed on several occasions during the second Test in Perth which India lost by 146 runs. Their exchanges have been perceived differently everywhere.

The BCCI and Cricket Australia have been quick to douse the fire by saying that the banter was civil but some former Indian and Australian cricketers criticised Kohli’s aggression.

“Virat Kohli is very passionate. So that’s what you get from him on the field and that’s what he will always give you. He is an excitable character. He enjoys his challengers, and he wants to win,” Lehmann told PTI.

“Not only for himself, he wants his country to win. It was good to see out there and I thought it was good banter,” he said.

Lehmann made light of Kohli’s confrontation with Paine. “Neither Kohli nor Tim Paine crossed the line. It was good banter, and it came across as a bit of fun on the stump mics,” he said.

Similar view had been earlier expressed by current Australia coach Justin Langer, who described the showdown as humorous. Lehmann said the face-off wasn’t out of the ordinary and shouldn’t be turned into a controversy.

“You have to show passion when you are playing for your country and I don’t have any issue with what happened. There shouldn’t be any drama about what happened in Perth.

“You just have to make sure it is never personal and play the game in right spirit. Rest, I am sure they will sort it out after the game or after the series,” he said.

Lehmann was coach when the ball-tampering scandal happened on tour in South Africa and he had stepped down from the post as a consequence.

Australian cricket has been through turbulence since, but he saw the win in Perth as a turning point for this ‘new team’ under Paine.

“Paine has been an excellent captain so far. He came out to be the leader for Australian cricket in a tough time and has done everything right, very much so. I don’t think anyone can have any criticism with Paine’s leadership,” he said.

ALSO READ: It doesn’t matter what people are saying about Virat Kohli, he should stick to his aggression: Zaheer Khan

“Obviously, India were the better side in Adelaide. But these two Tests have shown that it will be a great Test series. This win in Perth is a great confidence booster for the Australian team,” he added.

He also lauded Langer’s role in the team’s revival. “For them to get a first Test win since Durban, it is obviously pleasing for Paine and Justin Langer, but for all other players and coaching staff as well. I think they will carry immense confidence going into the Boxing Day Test,” said Lehmann.

After getting their team balance right in Adelaide, India mixed things up in Perth with four pacers and no full-time spinner. It cost them dearly as they lost momentum and the series now stands levelled at 1-1.

Lehmann said India ceded advantage early in the Test and it was tough to catch up on a tough pitch.

“Picking four pacers and not playing a spinner was where it started to go wrong for India. They didn’t do too much wrong with what they had in the game,” he observed.

“The pitch started playing tricks from day three onwards. India will admit they didn’t make enough runs in the first innings and certainly not on par with Australia. And then Australia again scored too many runs in the second innings.

“So, it was always going to be a tough chase on a pitch like that. Overall, it was a good Test match though,” he said.

When asked if the Indian batting is too dependent on Kohli, Lehmann replied, “Well he is the best batsman in the world, so it figures. And he is so good he makes runs all the time.

“Look, India always lose wickets to the new ball (openers), which hurts when you are either trying to set totals in the first innings or chase down totals in the second innings.

“They have other good batsmen – Cheteshwar Pujara is scoring runs and Ajinkya Rahane has scored runs too. More than being reliant on Kohli, it is more a case of other batsmen standing up,” he added.

Any pre-series momentum with India has now changed hands to Australia. Lehmann said Australia would edge India out in this series if the MCG pitch plays better than it did last year.

“I hope the Melbourne pitch has more to offer than it did for the Ashes last year. It was quite flat (against England). It is important to have a good track for the fans, especially for Boxing Day Test, and for that there should be good bounce in it.

“If they make those changes and it plays better (than last year), then I think Australia will sneak over the line (in the remaining two Tests). But it is too tight to call at the moment,” he signed off. 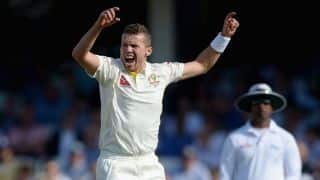 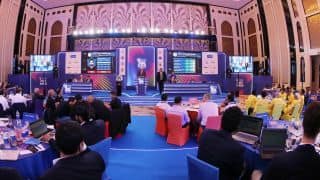