West Indies will hope to snap a five-match losing streak against India in T20Is.

Virat Kohli‘s Indian cricket team took an unassailable 2-0 lead in the three-match T20I series versus West Indies over the weekend at Lauderhill, Florida and the tour continues on Tuesday in Guyana where the teams contest the final T20I.

Ahead of tonight’s third T20I, here are the talking points:

Will India test their bench strength?

After India wrapped up the series in Florida on Sunday, Kohli hinted at changes for the last T20I, saying “Winning the first two games always gives you a chance to give an opportunity to a few guys. Having said that, the idea is always to win.”

(READ: Is India vs West Indies the new India vs Sri Lanka?)

Given the poor returns of Shikhar Dhawan and Manish Pandey in the first two games, two changes appear on the cards.

And if Deepak Chahar and Rahul Chahar are to get a game, India will need to drop one of Bhuvneshwar Kumar, Navdeep Saini and Khaleel Ahmed and rest Washington Sundar.

Will India persist with Dhawan?

Dhawan has scores of 1 and 23 in the series, and given that he is coming off an injury layoff the team would hope he gets runs in the ODIs since that is the format he is best at.

That said, the management could opt for Rahul in the final T20I to get him one shot at fine-tuning before the ODIs. In his 27 career T20Is, KL Rahul has opened 13 times, batted at No 3 seven times on at No 4 on four occasions.

What is Shimron Hetmyer’s best position?

Shimron Hetymer‘s 11 T20I innings have been divided between opening (twice), one-down (four times), No 4 (once), No 5 (thrice) and No 6 (once). In this series, he batted at five and failed to score and then on Sunday was due to bat at No 6 before rain washed out the game.

Similar to how Royal Challengers Bangalore struggled to locate the best spot for Hetmyer in IPL 2019, so to do West Indies seem unsure of where to bat the talented young batsman.

Hetmyer is back at his home ground in Guyana, which could prompt the team management to sent him up higher.

Carlos Brathwaite’s team has to win today’s match to stop India from making it 3-0 and making it six consecutive T20I victories over them. Dating back to July 2017, India have won five T20Is in a row. 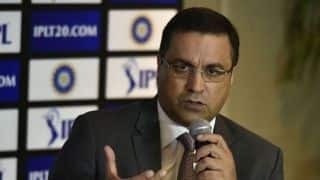