New Delhi: India’s young wicketkeeper-batsman Rishabh Pant was Sunday caught in the eye of a storm owing to an edited stump microphone clip from an Indian Premier League (IPL 2019) game which went viral on social media but was dismissed by the BCCI as “misconstrued”.

It shows Pant, from behind the stumps, saying that “yeh to chauka hai” (this is a boundary) as KKR’s Robin Uthappa took guard against Sandeep Lamichhane. Delhi won the match in Super Over after the scores were tied in the regulation overs.

“No one heard what Rishabh said before that particular sentence. He was apparently telling (Delhi Capitals captain) Shreyas Iyer to increase fielders on off-side to stop an imminent four,” a top BCCI official told said. (ALSO READ: Rabada’s yorker to Russell will be ball of the IPL: Ganguly)

The next delivery was pushed through the covers for a boundary and the edited clip of Pant’s purported prediction started doing the rounds from unverified Twitter accounts, claiming to be cricket fans.

What wasn’t clear from the video clip was the context of Pant’s comment.

It has been learnt that Hotstar, who hold the digital (streaming rights) rights of the IPL, have complained to various social media platforms for illegal use of their footage and are getting the clippings removed.

The BCCI official said that it was “very unfortunate” that social media ran an incomplete clipping. “Maligning a young cricketer without even knowing the details is so unfortunate. A section of media allowed the social media to insinuate and vilify a young talent without getting into details. This is so disgusting,” said the official. (VIDEO: Rishabh Pant takes over commentary for an entire over as he sledges Pat Cummins) 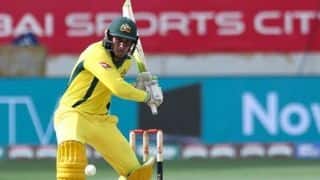