Hello and welcome to Cricketcountry’s coverage of the IPL 2015 Auction for Royal Challengers Bangalore (RCB). Catch all the live updates for the team’s action in the auction. ANALYSIS: IPL Player Auction 2015: Sunrisers Hyderabad buy sensibly and have a formidable unit

Royal Challengers Bangalore (RCB) got off to an aggressive start, bidding fiercely for Indian opening batsman Murali Vijay. Chennai Super Kings (CSK) and Kings XI Punjab (KXIP) started off with the bidding, but RCB joined in once CSK dropped off. However, KXIP had the final say. IPL 2015 Player Auction Live Updates

In Chris Gayle, Virat Kohli and AB de Villiers, RCB have the crème-de-la-crème of the world’s premier batsmen and their fans at the Chinnaswamy Stadium can expect big sixes raining in. Meanwhile, the beleaguered Yuvraj has a lot to prove after his reputation took a beating in the World T20 final and also live up to the tag of the most expensive IPL player.

While the batting looks formidable, RCB’s Achilles Heel will be the bowling, which looks short of a world class bowler who can run through attacks. The likes of Ravi Rampaul and Mitchell Starc are wicket-takers but can be erratic and leak runs in plenty. Just like the previous few campaigns, RCB’s batting will solely be the life and blood of the team.

Following are the players bought by Royal Challengers Bangalore (RCB) in IPL 2015 Auction: 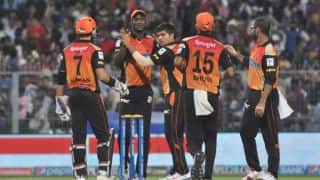