The talking points ahead of today's IPL 2019 match between Bangalore and Rajasthan.

Hosts Royal Challengers will look to give their forgettable IPL 2019 campaign a semblance of respectability and dash Royals; faint playoffs hopes.

Ahead of match 49, here are the talking points:

The franchise is mathematically in with a chance for the IPL playoffs, needing to win both their games and hopes that other results go their way. Coming off consecutive wins – a feat they did not manage before this season – RR will be buoyant.

The best-case scenario for Rajasthan is that they beat RCB and Delhi Capitals and then hope that Sunrisers Hyderabad, Kolkata Knight Riders and Kings XI Punjab all end up with 12 points. In this situation, net run-rates will not matter and RR would go through.

But with a net run-rate of -0.321, Rajasthan do need to improve that aspect.

Bangalore need a miracle to make the IPL playoffs. All but out of the tournament, and with the World Cup a month away, could it be that RCB give their skipper Virat Kohli a break?

Kohli is second on RCB’s run-table this season with 423 at 35.25 and a strike-rate of 134.71, with one century and two half-centuries. Low numbers by his high standards, and his captaincy has also been disappointing.

While Kohli is not one to drop himself, it could be that the time has come to allow India’s captain and most valuable player time to rest before the World Cup.

This will be the last game for the remaining Australian cricketers in the IPL, Steven Smith and Marcus Stoinis. The pair will leave for Australia to join their team-mates in Brisbane for a pre-World Cup training camp, following the likes of David Warner and Jason Behrendorff out of the IPL.

For Rajasthan, who already lost Jos Buttler, Ben Stokes and Jofra Archer, the departure of Smith is another huge blow. Smith, appointed skipper a couple of weeks ago, has scored 319 runs in 10 innings at a strike-rate of 116.

Once again, RCB have decisions to take regarding their overseas players. With Moeen Ali gone before the previous match, the team management brought in South African wicketkeeper-batsman Heinrich Klaasen who made 3.

West Indies talent Shimron Hetymer has been a disappointment in his first IPL season, scoring 15 runs in four innings. The New Zealand allrounder Colin de Grandhomme has 37 runs in three innings and is another option RCB could look at for this match.

For Rajasthan, Shreyas Gopal‘s wristspin has been a big plus this season: 15 wickets an an economy of 7.30 is the highest for the franchise. Back at the M Chinaswamy Stadium, Gopal will feel right at home for this is his home venue with Karnataka in domestic cricket.

The last time RR met RCB in the IPL on Jaipur on April 2, Gopal had a big role with figures of 4-1-12-3 including the wickets of Kohli, AB de Villiers and Hetmyer. Will RCB have their revenge, or will the local man come up aces again? 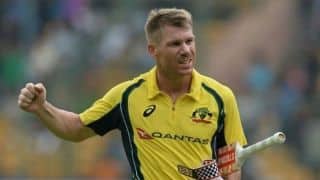