Jasprit Bumrah demolished West Indies with 5/7 on day four of the Antigua Test.

Jasprit Bumrah‘s success against West Indies in the first Test at North Sound, which India won by a record 318 runs, has prompted two Caribbean fast-bowling greats to muse that the 25-year-old could have fit right into that iconic pace quartet of the 1980s.

Andy Roberts, who claimed 202 wickets in 47 Tests, and alongside Michael Holding, Colin Croft and Joel Garner formed the most feared pace ensemble of all time, watched Bumrah stun West Indies with five wickets for seven runs on day four of the first Test and termed him “best Indian fast bowler I have seen”.

And Curtly Ambrose, who took a total of 630 international wickets while striking fear in many opposing batsmen, felt that Bumrah “could have been one of us”.

“India had Kapil Dev and some others, but we never thought they could produce someone as lethal as Bumrah. He’s the best Indian fast bowler I have seen,” Roberts told the Indian Express.

“With Bumrah, the batsmen have little time to get into their mental rhythm. Look at everything else he does, he’s classical. He moves two balls into the batsmen, and the other one goes away. Then two away from him, and then one into him.”

That skill, according to Roberts, is what makes Bumrah – ranked No 1 in ODI cricket – a seriously special fast bowler.

“This is how we did, this is how fast bowlers have operated over the years,” he said. “But the best one knows how, where and when to bowl. And Bumrah seems to have this awareness, which usually takes a lot of time to develop, a lot of experience. But how old is he? How many Tests has he played? He’s a quick learner, isn’t he?

“To me, it has been the most striking feature of him. Some call it maturity. I call it game sense. There seems to be clarity in his thinking, and that automatically shows in his bowling. Some bowlers, very skillful ones, don’t develop it even 10 years after they had played the game. That’s the biggest thing for a fast bowler, to learn how to use your head.”

(READ: In Jasprit Bumrah, India have a diamond in their armoury: Viv Richards)

“He’s good at varying his lengths, depending on the surfaces and batsmen,” he also told the Indian Express. “I saw that in the World Cup, how he adjusted his lengths according to the conditions and batsmen. That makes life difficult for batsmen … he reminds me a bit of Courtney (Walsh) a bit. He was wonderful in sizing up the length and bowling accordingly.”

Amazed by Bumrah’s quirky action, Roberts felt he could have paired up with himself, Holding, Garner and Croft thirty years ago.

“It’s the strangest action that I have seen on a cricket field,” he said. “I need to study that for a longer time to understand the mechanics of his action. But if he were born here back in our days, we would have had him. A freak was the only element missing in our bowling line-up. In fact, Bumrah is the only variety of bowler we had never produced. Then I don’t think even India would produce one like him again.”

Ambrose, who took 405 wickets from 98 Tests, felt that Bumrah could have fit into any era.

“At times, he rekindles memories of our prime,” he said. “The pace, aggression, the hostility, the craft. The way he outclasses the batsmen, the way he out-thinks them. He could have been one of us, he’s so complete a bowler that he could have played in any era.” 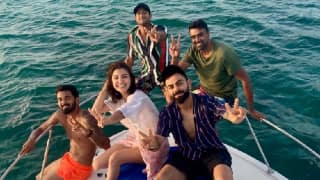 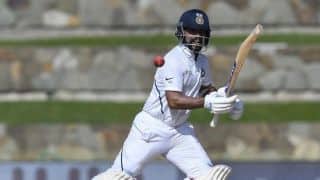