Ankit Keshri passed away after an on-field collision during a local cricket tournament in Kolkata.

Barely five months after the Phillip Hughes tragedy, the cricket world is once again mourning the loss of yet another young player. The 20-year-old Keshri breathed his last after suffering a cardiac arrest post an injury sustained during a Cricket Association of Bengal’s (CAB) Senior One-Day knock-out match on April 17. Complete coverage of Phil Hughes’ tragic demise

“The boy is not there with us and it is very disturbing.

You can’t replace what the family has lost. But I can assure you one thing that we [KKR] would go out there and do whatever we can for the family.

“We would always be there and hopefully we could contribute as much as we could. We will do anything possible for them,” said Gambhir after the defending champions’ six-wicket win over Delhi Daredevils (DD). READ: Ankit Keshri’s tragic death: Bengal cricketing fraternity remembers former Under-19 captain

The talented right-hander had captained the Bengal U-19 team in Cooch Behar Trophy and was in the 30-member India U-19 probables list for the 2014 Colts World Cup in the United Arab Emirates (UAE). He was also playing for Bengal A (U-23 side) in CK Nayudu national Championship. READ: Cricketers and Bollywood celebs offer their condolences over Ankit Keshri’s demise 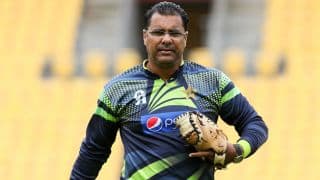