Slow left-arm orthodox bowler Mohammad Nawaz was brimming with confidence after defending 6 runs in the final over against Peshawar Zalmi, helping Quetta Gladiators to qualify for the Pakistan Super League (PSL) 2017 final.

Slow left-arm orthodox bowler Mohammad Nawaz was brimming with confidence after defending 6 runs in the final over against Peshawar Zalmi, helping Quetta Gladiators to qualify for the Pakistan Super League (PSL) 2017 final. Nawaz had a tough night in Sharjah. He was unable to perform much with the ball as the dew factor did not allow him to maintain a proper grip on the ball. Additionally, he had given away more than 46 runs in three overs. But the game turned around after the dismissal of Mohammad Hafeez and Shahid Afridi. He dismissed Chris Jordan first. Two inch-perfect yorkers in succession forced two run-outs. Quetta achieved a sensational one-run-win, replicating the last year playoff win over the same opponents.

“There was a lot of pressure, the way the ball had been coming on to the bat and how wet it was,” Nawaz told Geo TV. “But our plan was to bowl the first three balls outside off and break it away.”

Once the equation came down to 2 needed off 3, the plan changed. Kevin Pietersen, playing his last game of the tournament, suggested going for yorkers.

“I had a lot going through my mind at the time. But I was also calm, thinking I could do this.”

Nawaz has been one of the favorites of the PSL’s first season. The prime objective of PSL is to bring the young players like him to the limelight and turn them into big-game players. He was the third-highest wicket-taker last year.

It was not easy for him to find a place in any of the formats in Pakistan cricket team. But bowling an over like this in the PSL can be a landmark in his career.

“Absolutely, this is one of the best overs I have bowled. In such a big match, on this pitch, with so much dew. Especially after that kind of over I can’t help but feel pretty confident.

“This is how big players are made, when they perform in big matches like this. This is only the start of my career, but in future I hope to learn more from it and keep performing.”

Peshwar will get another opportunity to qualify for the final, provided they defeat the winners of second playoff . The final match will be held at Gaddafi Stadium in Lahore on Sunday. 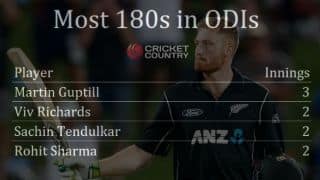