Guptill, who had tweaked his back earlier during the India ODI series, was not too happy to be off the radar.

New Zealand rode on the back of a scintillating century by Martin Guptill as the hosts sealed the opening match of the three-ODI series against Bangladesh by eight wickets at McClean Park in Napier on Wednesday.

Guptill, returning from injury, put behind a run of poor scores and notched up his 15th ODI hundred, as the Kiwis chased down the modest 233-run target in 44.3 overs.

Guptill, who was awarded the Man of the Match for his unbeaten 117 off 116 which was decorated with eight boundaries and four sixes, was pleased to see the bowling department restrict the tourists. (ALSO READ: We were able to pick the early wickets which we are always after: Kane Williamson)

Opting to bat, Bangladesh slipped to 42/4 inside the first 10 overs. However, Mohammad Mithun (62) and Mohammad Saifuddin (41) ensured the Tigers cross the 200-run mark. Left-arm strike pacer Trent Boult and offspinner Mitchell Santner were the pick of the bowlers with three wickets each. Lockie Ferguson and Matt Henry pocketed two apiece.

The most pleasing thing was how the guys restricted Bangladesh up front with the ball. Losing four wickets in the first 10 overs is really tough to come back from, Guptill said at the post-match presentation ceremony. (ALSO READ: Batting is a concern, bowling needs some work: Mashrafe Mortaza)

Guptill, who had tweaked his back earlier during the India ODI series, was not too happy to be off the radar. It (his back) is going to be a bit stiff. It is nice to see the boys home. Sometimes, yes, sometimes no (time off from cricket helps), it still didn’t feel fluent. At most parts we talk to each other, but Ross Taylor just lets me through as I bat longer, he said. 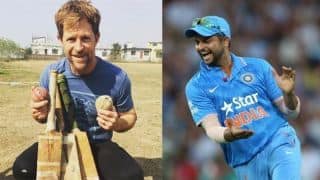 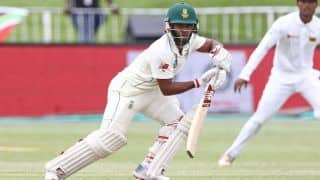