Pakistan Cricket Board (PCB) is unhappy at the four-match ban imposed on its captain Sarfraz Ahmed for his racist remarks.

In a statement on its official website, the International Cricket Council (ICC) said that it “has a zero-tolerance policy towards conduct of this nature. Sarfraz has promptly admitted the offence, was regretful of his actions and has issued a public apology, so these factors were taken into account when determining an appropriate sanction.”

PCB has come out with a statement of its own in which it has expressed “utmost disappointment” saying it will pursue the matter in “ICC forums with the objective to bring reforms to the Code, promoting amicable resolutions to issues as opposed to penalties.”

“The PCB notes the ICC decision on Sarfraz Ahmed with its utmost disappointment. PCB had anticipated that the matter had been resolved amicably between the two players and the two Boards following Sarfraz Ahmed s public apologies which were accepted by the player, the Board and South Africa cricket team,” PCB said in a statement.

It further added, “The PCB will be pursuing this matter at the ICC forums with the objective to bring reforms to the Code, promoting amicable resolutions to issues as opposed to penalties. Having said that, the PCB reiterates its zero-tolerance approach towards racist comments and behavior.”

Sarfraz has been asked to fly home from South Africa with Shoaib Malik named captain for the remained for the tour. Wicketkeeper Mohammad Rizwan has been added to the T20I squad for the three-match series that follows the ODIs.

Rizwan’s last international appearance was in September 2017 and has so far played one Test, 25 ODIs and 20 T20Is. 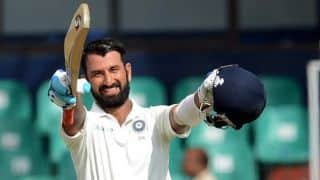 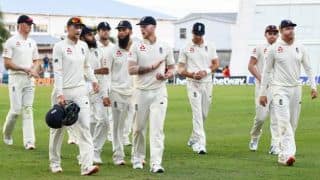