Samant was with Shaw when he consumed a banned substance during the Syed Mushtaq Ali.

When Prithvi Shaw started dominating junior cricket in the corridors of Mumbai’s local school tournaments, plenty was expected from the diminutive opener. He delivered according to expectations and smashed a world record 546 from 300 balls (in November, 2013) for Rizvi Springfield school during a Harris Shield match in Mumbai.

Graduating further to the Under-19 level for India, Shaw led the side to the World Cup triumph in early 2018. As fate had it and as many would have expected, he earned a maiden call-up for the two-match Test series against West Indies in October 2018. Shaw delivered on the big stage as well by scoring 237 runs in two Tests, which included a century on debut. He was thus named Man of the Series.

After that series, things started to go downhill fast. Shaw suffered a freak injury while fielding during India’s warm-up game at the SCG. He stayed with the team as he rehabilitated himself, but in the end Shaw had to fly home from Australia as it became clearer that he would not recover on time. During this time, murmurs of a lack of focus surfaced and that certain bad habits had started to set in.

Shaw returned to India for further rehabilitation. He played a few handy knocks for Delhi Capitals in IPL 2019 and then led North Mumbai Panthers to clinch the T20 Mumbai League. After the World Cup, he was not included in India’s squad for the West Indies series. The reason given was a hip injury, but it was then revealed that Shaw had tested positive for a dope test and is now serving an eight-month suspension which will end on November 15.

Among those in the corridors of Mumbai cricket who are worried by Shaw’s recent dope result is Vinayak Samant, who retained his job as Mumbai coach for the upcoming domestic season.

“It is very disappointing. Prithvi is shattered and it’s a tough time for him. But he’s such a character that he can put these things aside and bounce back,” Samant tells CricketCountry.

(ALSO READ: Prithvi Shaw had no symptoms of cough or cold: Ex-Mumbai coach and physio)

Samant, who was the coach when Prithvi consumed the banned substance during the Syed Mushtaq Ali Trophy in February this year, insisted the youngster needs to get fitter.

“He has to work hard on his fitness and discipline. Until you fall in a ditch, your eyes don’t open. So, now, he has to behave properly after this incident,” he says.

Shaw’s absence adds to Mumbai’s woes as far as preparations for this season are concerned. Besides deciding on the coach one month before the season begins (Vijay Hazare Trophy on September 24), Mumbai will be without the likes of Ajinkya Rahane and Shreyas Iyer, who will be on national duty for most part of the season.

CricketCountry has also learnt that a former Mumbai and India batsman, who has also served as West Zone selector, has taken Shaw under his wing to council him and try to keep him on the right track.

The odds may be stacked heavily against Shaw right now, but Samant is confident that his “young boy” has the endeavour to make a strong comeback.

“I will speak to him before the season starts. He has to really work hard now to get into the Indian team,” he says. “These matches now are very crucial for him. If he applies himself in these matches, then it will definitely help us and he too will get to feature for a longer innings for India.” 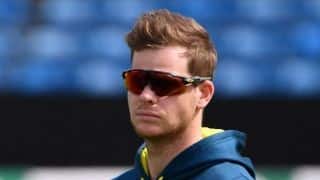 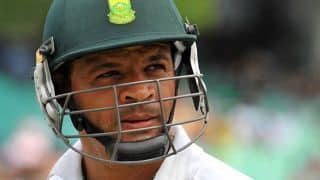