Vidarbha became only the sixth team to defend the Ranji Trophy title.

The euphoria of winning back-to-back Ranji Trophy titles is yet to sink in for Vidarbha captain Faiz Fazal. The celebrations for me have not started yet, I have been giving interviews continuously, Fazal tells CricketCountry on Thursday after Vidarbha sealed an epic Ranji Trophy 2018-19 final against Saurashtra to become only the sixth team to defend the domestic crown.

The defending champs had a lukewarm start to the season. They were skittled for 120 in the first innings in reply to Maharashtra s 343, but somehow managed to crawl their way back to pocket one point courtesy Fazal and Akshay Wadkar s centuries. It is these times that team discipline, fortitude and dogged attitude stood out, which have been highlights of Vidarbha s successful title defence this season.

Fazal breaks it down, bit by bit, in an interview while on his way home to suit up for the team dinner later in the evening, on what Vidarbha managed to achieve, was no fluke.

Excerpts from the interview below:

Q: Before the start of the season, you had told CricketCountry that playing smart cricket will help Vidarbha defend the title.

Faiz Fazal (FF): Oh, it has definitely happened. The preparations that we did this year were great. It was like any other year match simulations, individual physical training but this time, players were much fitter, including Wasim [Wasim Jaffer] bhai. Being fit is very important because playing 11 Test matches in a row, I m not sure if any international team plays that much. It is physically and mentally very tiring.

Yes, we played very smartly. This year it was much tougher to qualify because of the format. From 18 teams, they selected five after clubbing those two groups [Group A & B], that s something to ask for. And the teams that we faced gave us a tough fight. So, topping the charts and then winning the Ranji Trophy is remarkable.

Q: Vidarbha were not off to the best of starts, but you ll managed to bounce back. Has that got to do with a really strong mindset of the team?

FF: We played really badly in the first innings of the first match [against Maharashtra]. It was like a shock for everyone. We were like, yeh kya hogaya. And at that point of time, people were doubting us and began to question whether we really were the defending champions or not. So, if you want to defend a title, you have to show character, and that s what we did. We got one point from that match.

You won t believe, after the game, Chandu sir [coach Chandrakant Pandit], said that we have conceded a lead, but it was like an outright win for him. That shows the determination in the team because at the end, all these one-one points are very important. We had the belief and confidence that we would win this, every member of the team had it.

FF: Yes, absolutely. They have been so consistent. We don t consider Wasim bhai (laughs). He has been consistent for 23 years. The rest of us, like Akshay Wakhare, Ganesh Satish and I give it our all. When we deliver such performances, the juniors look up to us, so we have to be like that, we have to set an example. We are all hardworking guys, and if you work hard, results will definitely come. The juniors also registered very crucial contributions Aditya Sarwate, Wadkar these guys have given crucial contributions. So, it s not only about the final, it s about the whole season. Contributions like Wadkar s 100, Aditya s fifer, Akshay Karnewar s 90 [94 against Railways on December 14], all these things matter a lot.

We have that belief on everyone that even if someone slips up, the next player will definitely back up. That belief will only happen if we keep bettering our performances and that makes a difference.

Q: What do you think were the turning points in the final?

FF: That 100-run partnership [78-run partnership between Akshay Wakhare and Akshay Karnewar for the eighth wicket]. On the first day we were 200/7 and then we made 312, that was a turning point and the way we started our bowling. But had we got out for 230 or 240 in the first innings, those 112 runs was the difference.

Q: There has been a lot of talk about Cheteshwar Pujara s dismissal in the final. Could you throw some light on what was the plan like?

FF: We had planned very smartly for him. The field was set for him, I don t want to disclose the plan. But it happens, any batsman at the start is tentative with his innings. The wicket also was not easy to bat on. Fortunately, he got dismissed to good deliveries, so it was amazing.

We had planned to bowl at the stumps when Pujara was batting. We did not want to give him easy singles because he likes to take those singles and once he gets comfortable, it s then difficult to dismiss him. So, we didn t allow him to step out of the crease. That was the plan.

Q: It was a great plan indeed. Now, what s the plan ahead to retain this core group, specially with the increase in T20 leagues?

FF: Right now, we re looking at the the Irani Cup. I expect that this year there should be more Vidarbha players who get selected at the higher level. The last year when we won, there was only one player [Rajneesh Gurbani] who went on to play for India A. I am not questioning any selectors. This is a consistent performance. There should be no doubts that they should pick a player from Vidarbha. We have not won by fluke, many people have said that, but how can it be a fluke. Test match series can be a fluke, T20 or ODI series can be, but our performance should be rewarded. I am sure that there will be more players from this state who will make our country proud and deliver performances there as well. 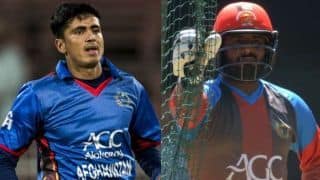