South Africa have not lost a series since February 2018; Pakistan last won in July.

A hard-fought series locked at 2-2 will go the distance when South Africa meet Pakistan at Newlands for the deciding fifth ODI on Wednesday, with little separating the teams after four matches in which both have tasted success and pain in equal measures.

Pakistan shrugged off a four-match suspension imposed on captain Sarfraz Ahmed with a crushing eight-wicket win over South Africa in the fourth ODI in Johannesburg on Sunday, after the hosts put themselves in good position with a DLS-method win in the previous game. Pakistan are a team that has struggled to compete in ODIs over the past 12 months, during which time they lost five matches in New Zealand, beat a very poor Zimbabwean team 5-0, failed to make the final of the Asia Cup and drew 1-1 with New Zealand in the UAE

South Africa have not lost an ODI series since February 2018 when India beat them in their own backyard, and extending a proud record of three successive bilateral wins since then is paramount for a team being talked up as serious World Cup contenders. (READ MORE: With World Cup looming, fatigue a concern for Faf du Plessis)

The batting on both sides remains suspect, with Pakistan and South Africa each putting in one poor performance highlighted by difficulties against pace and spin. Faf du Plessis will hope that his team puts in more competitive performance in Cape Town, in pursuit of a fourth straight ODI series win. Shoaib Malik, thrust into the captaincy soon before the toss in the last game, is in a similar tricky situation needing to perform himself and inspire Pakistan to a rare series victory.

Where to watch: Sony Ten 1 or you can follow LIVE action on CricketCountry

South Africa swapped Tabraiz Shamsi for Imran Tahir in the fourth ODI and should stick with the legspinner.

Fakhar Zaman shrugged off a poor run of form with 44 from 44 balls on Sunday which means he won’t be dropped. The bowlers all did their parts well, so no changes are expected.

“Pakistan are playing really well – can’t take that away from them for one second. We have to find a way where we can strike with wickets and also get ourselves in a position with the bat where we can put pressure.” – du Plessis

“It’s going to be a great battle in Cape Town, between two good teams.” – Malik 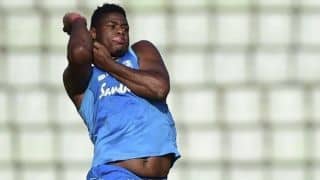 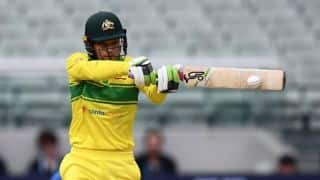