England captain Joe Root has backed Buttler for a good run at one-down, while Jonny Bairstow looks set to miss out at Kandy.

Ben Foakes has been rewarded for a stellar Test debut against Sri Lanka in Galle by being given the wicketkeeping duties for the second match, which means that Jonny Bairstow – who featured in every Test England have played since midway through the 2015 Ashes until injury ruled him out in in Galle – looks set to sit out.

Jos Buttler has also been confirmed to bat at No 3, with Moeen Ali dropping down the order after making 0 and 3 in the first Test. England captain Joe Root confirmed the moves on Monday.

We ve come to Sri Lanka to win this tour. And in these conditions, I think Ben is the best option behind the stumps, said Root. Jonny is a fine keeper and what he s done over the last couple of years has been exceptional. He s pretty much been faultless, not really stood out at all which is probably a good thing for a wicketkeeper and long term I see him as a focal part of the Test team. It s a great opportunity for Ben to show is ability and I think you ve got to reward a performance like last week.

Buttler has never batted higher than No 6 apart from one chance as opener in a fourth-innings chase. With Ollie Pope released from the Test squad to go play for England Lions in the UAE, the tourists do not have a straightforward No 3 to pick. Root has batted at one-down on 40 occasions in Tests, and did that most recently from March until August. The move to try Moeen at No 3 did not work, and now England have a new option to test out.

Root backed Butler for a good run at one-down.

Absolutely. He s got a fine game, said the England captain. He s very adaptable. He can play a number of different styles and he can read the game very quickly and very well, which I think is a great asset to have at No 3.

Speaking to BBC Sport, Buttler said he was wiling to shuffle up and down the order.

“I will bat wherever is required. There are not many egos in the side that need those defined roles as to where they bat,” he said. “You need a good balance of being settled but it shows a good team environment and ethic that people are willing to play wherever is required. Especially in this part of the world, it doesn’t make much difference what number you bat. Whether you’re batting number three or number eight, you’re probably going to start your innings against spin.” 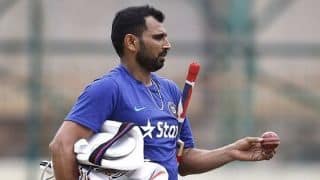 We have been watching videos as part of our preparations for the Australia series: Mohammed Shami 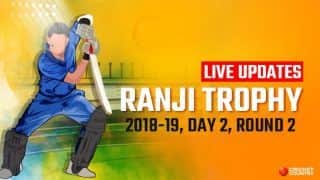