Foakes' impressive wicketkeeping earned him 10 dismissals to go with 227 runs, the most for any batsman on either side.

Ben Foakes, who was a late arrival to Sri Lanka after being named as backup for the injured Jonny Bairstow, was named Man of the Series in a famous 3-0 England sweep of Sri Lanka.

After landing in Colombo ahead of the first Test, Foakes was ushered into England s XI in Galle and made an immediate impact with a century on debut and was Man of the Match, which he termed as a “surreal few days”.

His impressive wicketkeeping earned him 10 dismissals to go with 227 runs, the most for any batsman on either side.

“It was amazing. It’s been a crazy few weeks and really good fun. It felt very hard keeping. It’s my sixth time here, which helps. Knowing the conditions is a big part of it, said Foakes on Monday after England beat Sri Lanka by 42 runs at the SSC. I m just going with the flow really. I’m her for the ride. I’d like to be here for longer but we’ll see what happens.”

The Surrey glovemen was picked as wicketkeeper for the second Test at Pallekele despite Bairstow being passed fit, where he scored 19 and 65 not out to go with three catches and a stumping. At the SSC, Foakes made 13 and 36 not out to finish the series with 227 runs at 69.25. 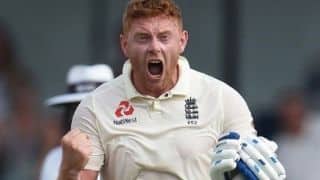