We should keep persisting with KL Rahul: Bharat Arun

We should keep persisting with KL Rahul: Bharat Arun

Rahul was dismissed for a duck in the first Test against West Indies at Rajkot.

India batsman KL Rahul has come under harsh criticism following his recent duck in the first Test against West Indies at Rajkot. Rahul, who scored 299 runs in five matches in England, has already been dismissed for three ducks and six single-digit scores this year. While calls for his axe are growing louder by the day, India s bowling coach Bharat Arun reckons the team will keep persisting with Rahul.

As far as I am concerned as a coach, Rahul is a fantastic player. He s got outstanding potential. He s somebody we should persist with and we will definitely have a superb batsman in the future, Arun said on Wednesday.

Pacer Umesh Yadav is another player, who s been warming up the benches despite decent performances. He played 19 Tests at home since the 2016-17 season and picked up 41 wickets. However, this year, Yadav, who was included for the Rajkot Test where he claimed one wicket, played only one of the eight Tests in South Africa and England combined.

See, it s very unfortunate that Umesh didn t get to play in South Africa and in England. Also, the reason you all know, that the bowlers who were playing performed exceptionally well. We look at Umesh as somebody who s quick. We also have a system where we will rotate the bowlers so that they remain fresh and Umesh would definitely be a part of that. We are extremely confident about what Umesh can bring to the table, Arun said.

Praising young batsman Prithvi Shaw, who scored a century on Test debut in Rajkot, Arun said: Last match, what Prithvi Shaw did was fabulous. More than the runs he got, the composure that he showed for someone playing a first Test match, his body language, was outstanding. These are things we look at and it probably holds us good for the future.”

Local boy Mohammad Siraj also found praise from his bowling coach. He [Siraj] comes across as a bowler who is a very quick learner. Even when I was with him during my stint at Hyderabad, he did exceptionally well because he was very quick learner and I think with experience he has learned over the years. His performance in the India A matches reflect how quick a learner he is, Arun said. 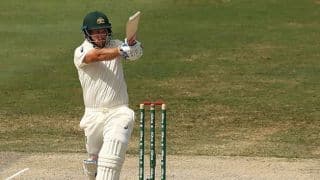 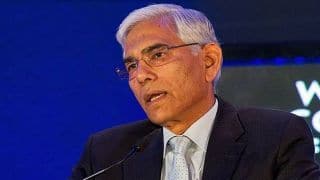