Arothe said that Edulji had questioned him about the team selection during the T20 Asia Cup in Kuala Lumpur.

Former India women s coach Tushar Arothe fails to understand how the BCCI s Committee of Administrators (CoA) member Diana Edulji can contradict her own statement regarding the omission of veteran Mithali Raj for the ICC Women s World T20 semi-final against England which India lost by eight wickets.

Arothe, who quit as the coach this coach under controversial circumstances, said that Edulji, a former India batswoman, had in fact questioned him about the team selection during the T20 Asia Cup in Kuala Lumpur.

However, after the tournament, I, on tour selector Shashi Gupta and skipper Harmanpreet Kaur were summoned by Diana and asked why Vastrakar was not played in the final of the Asia Cup. At that time, I told her that it was the team management s decision (taken by coach, captain, vice-captain Smriti Mandhana and on tour selector), but she had clearly told me that I can t pick and choose whom to play.

Justifying the team s decision to drop Vastrakar, who had picked up five wickets at an economy rate of 6.40, for the final, Arothe said: I had dropped Vastrakar because she dropped too many catches against Bangladesh, and we lost the match due to that reason. Her ground fielding was good, but catching was bad, and we had suffered badly in the past too because of this. Keeping that factor, and her expensive bowling in mind, the team management decide to drop her.

Recently, Edulji had said that the team management s decision cannot be questioned after Raj s omission triggered a furore in the team camp.

I think too much is being made out of it. The management (captain Harmanpreet Kaur, coach Ramesh Powar, vice-captain Smriti Mandhana and selector Sudha Shah) made the decision of not changing a winning combination and that backfired. If I India had won the game, I am sure nobody would have questioned their decision. We can t be questioning the team eleven,” she said. 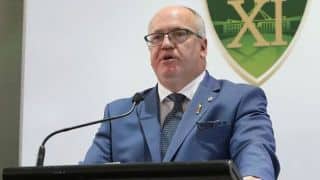 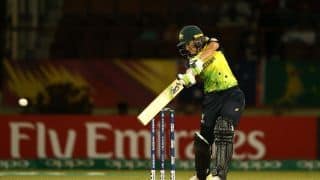