India's No 4 spot remains an area of debate after the 2019 World Cup in England.

The number four spot in India’s ODI team has been a problem for some time now. And while Virat Kohli may publicly state that India don’t need to start planning for World Cups four years in advance, the truth is that India’s four-year cycle towards the 2023 World Cup has begun with the ongoing ODI series in the West Indies.

With Rishabh Pant far from the finished product or, many will argue, not even the man for the job the selectors have to identify someone to bat at No 4 keeping the next four years in mind. India groomed Ambati Rayudu for the job, then discarded him after a couple of low scores. Vijay Shankar was identified as the man to bat at No 4 for the World Cup, but after struggling and then getting injured, the role was handed to Pant who earned a call-up when Shikhar Dhawan was ruled out.

(READ: Ajinkya Rahane feels he can still be answer to India’s No. 4 woes)

KL Rahul was also used at No 4 briefly during the World Cup, before being sent up to open when Dhawan got injured.

What are India’s options in the four-year cycle towards the 2023 World Cup?

The 22-year-old batted at No 4 four times during the World Cup, with returns of 32, 48, 4 and 32. Despite never entirely looking convincing in that position, Pant said he was not worried by criticism.

In the second ODI against West Indies at Port-of-Spain on Sunday, Pant made 20 before he attempted a walk-across-the-stumps shot to Carlos Brathwaite and was bowled. It was another ugly shot, that followed two bad shots in the two T20Is in Florida. Such shouts give Pant’s critics more reason to argue that he is unfit to bat at No 4.

The issue with Pant indeed does seem to be shot selection. He can easily get bogged down and then when trying to get out of trouble, has often been dismissed when slogging or trying to improvise. How long will the team management invest in Pant at No 4 when he seems better suited to bat lower down?

The experiment that was Shankar at No 4 did not work out as planned in England, where India were ultimately undone by a brittle middle order and a reliance on Rohit Sharma and Kohli.

Come the World Cup, Shankar batted twice at No 4: he made 29 off 41 balls versus Afghanistan and 14 off 19 against West Indies. In the one other game he played, Shankar was batted at No 7 against Pakistan and scored 15* off 15 deliveries.

He is not part of India’s current ODI squad, having recovered from the toe injury that sent him home from England, and it remains to be seen what role Shankar is given when he returns.

His talent is not in doubt, but his temperament is. Not having a settled batting position in ODIs has added to Rahul’s frustration, as he admitted during the 2018 Asia Cup. In his 22 ODI innings, Rahul has batted as an opener 14 times. The rest have been divided between numbers three (twice), four (four times) and one each at fifth and sixth.

Since he made a memorable ODI debut against Zimbabwe in July 2016, when he scored a match-winning century as opener, Rahul’s career has been chequered. He added 33 and 63 not out in that low-key series in Zimbabwe, but then slowed down with innings of 8, 5, 11, 4, 17 and 7 and was dropped. In three innings against Sri Lanka in August 2017, he batted at Nos 3, 4 and 5 and struggled against spin.

Returning to the ODI squad after a successful IPL for Kings XI Punjab this year, Rahul played two of India’s three ODIs in England in July with returns of 9* and 0. In one game during the Asia Cup, he opened the innings and made 60 off 66 balls.

In March, he batted at No 3 and scored 26. In the World Cup, Rahul batted at No 4 in India’s first game and No 6 in the next. Once Dhawan got injured, he played the next seven matches as an opener.

With Dhawan and Rohit the first-choice openers and Pant struggling, could the management and selectors turn to Rahul again?

Shreyas Iyer has played six ODIs, from which he averages 46.83 with three fifties. Thrice he’s batted at No 5 and thrice at No 6, but he could be in the reckoning for a shot at No 4 too.

The 24-year-old maintains that he’s not looking at that role in specific, but if he keeps scoring well in the middle order Iyer may get trialled at No 4. Coming off a successful India A series in the West Indies, during which he scored 187 runs in four outings, at an average of 62.33, Iyer batted at No 5 in the third ODI on Sunday and made 71 from 68 balls.

Like Iyer, Manish Pandey has been recalled for the limited-overs leg of India’s tour of the West Indies.

Primarily viewed as a finisher today, it also not unthinkable that Pandey, at the age of 29, gets another shot at No 4 if the other leading candidates struggle.

India’s coach Ravi Shastri has spoken about the option of getting Kohli to bat at No 4 a spot he’s only been used at once since 2015 and it remains to be seen it this materialises.

Kohli is India’s preferred one-down batsman, and on Sunday surpassed Sourav Ganguly’s ODI run tally to sit at second for India behind Sachin Tendulkar. Kohli’s 120 is his 42nd ODI century, which puts him seven from levelling with Tendulkar’s all-time record of 49.

Is it unimaginable that Kohli steps down a spot to bat at No 4 if India fail to identify a No 4 before the 2023 World Cup? 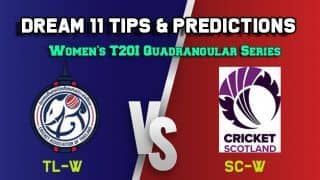 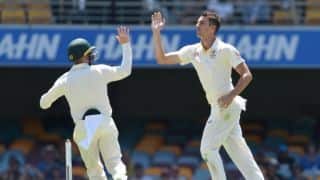