After being caught cold at Edgbaston, India s batsmen have no option but to front up to their gross inadequacies and the negligence of the management to read the Lord s surface.

And to think, there was talk of how India actually had a better chance at beating England at Lord s given the supposed dryness of the surface and the fact that Ben Stokes would not be playing.

As it played out, from the moment rain delayed the toss and then wiped out the first day s play, Virat Kohli s team was always playing catch-up. Joe Root won a great toss, threw India in to bat on a seaming surface, James Anderson and Chris Woakes bundled them out for 107, then Woakes and Jonny Bairstow batted like men possessed before India, totally reeling from two crippling days in the field, combusted for 130 to lose by an innings and 159 runs.

In conditions lively for quality fast bowling, three extended days were plenty for England to force a result. India well, they were never in the game.

Why? For starters, another insipid batting performance. Any team would have struggled to score runs on that day two Lord s surface, under slate grey skies and with Anderson moving the ball on a string. But India just didn t have the stomach for a fight.

Anderson, after taking 5/24 in India s first innings, suggested that the conditions the visitors encountered were near unplayable and that England, on such days, would have tormented any team. It was a valid statement, but would Australia, South Africa or New Zealand really have been bowled out for 107? This Indian batting lineup has fared better against pace and bounce, as the tour of Australia in 2014-15 and this year s South Africa series, albeit to a poorer level, showed. The problem is when the ball is swinging. On the evidence of what we ve seen in South Africa and now two Tests in England, India s batsmen do not have the requisite application to cope with such seam-friendly conditions. Kohli carried them in Birmingham, but in tougher conditions even he failed.

England were the better side in Birmingham, marginally, and at Lord s they utterly bossed India. They took command between the showers on day two, bowling India out in 35.2 overs. On day three, despite five wickets falling before tea, the run rate maintained was over four and over. Bairstow and Woakes put on a record sixth-wicket partnership to shove India out, when batting was far easier than on Friday. India looked bereft of ideas. Duly invigorated by a mountainous lead of 289, Anderson and Stuart Broad ran through India in their second innings. India s batsmen never for a moment exuded the confident vibes that England s did despite losing four wickets on the third morning.

Anderson began the rout by getting Murali Vijay for a pair – his 100th wickets at Lord s, if you can imagine – and then KL Rahul for 10 before he handed over to his trusted partner. Just how low Vijay has fallen can be gauged by his four dismissals this series: two near clueless leaves to deliveries cutting in at Edgbaston and at Lord s, one awful whip across the line followed by the feeblest of pokes. On Sunday, his dismissal to Anderson was to a delivery that in better times he would have shouldered arms to. Vijay is at an all-time low as a Test opener, and his career could be over by the time this series runs its course.

Broad, as he does when the mood is right, turned up for one of those typically bruising Broad spells. He tormented Ajinkya Rahane, beating the edge as often as Liam Neeson lost his daughter in the Taken franchise and then succeeding in getting his man with an injudicious swish outside off. Cheteshwar Pujara got a ball that was too good, pitched up and swinging in late. Dinesh Karthik had no clue what hit his pads first up. Kohli, peppered by Broad s back-of-a-length approach, got one that sat up and fended it to short leg.

Barring Kohli, and to some extent Hardik Pandya, the have not found anyone to front up as a proper Test batsman should. Of the batsmen who needed to prove points in this series, only Kohli has. But down 0-2 with three to play, what weight will a few more fifties from him matter if India keep losing? Foremost, plenty of doubts linger over Vijay, whose quest for a first overseas fifty since August 2015 has stretched to 11 innings, and whose batting average outside of Asia since the start of 2015 now stands at 16.53.

In 21 Tests outside of Asia, Pujara averages 26.32. In his last 13 Tests outside of Asia he has crossed 50 twice. Rahul s Test batting average has fallen to 37.73. Outside of Asia, it stands at 28.73 after nine Tests. Rahane, who had earned the tag of most improved batsman away from home , and who helped India win a Test in South Africa this year, has scored 15, 2, 18 and 13 in this series.

The less said about Karthik, the better. Scores of 0, 20, 18 and 0 show him as the worst of India’s batsmen and an utter flop of a selection by the team management.

Which brings us to the issue of poor selection. A second spinner was the big talking point leading upto Lord s, but after the opening day was washed out, it made no sense to play two slow bowlers. England went for Woakes instead of Moeen Ali. India dropped Umesh Yadav for Kuldeep Yadav. Woakes took four wickets, scored a century and was named Man of the Match. Kuldeep, the left-arm wrist-spinner, bowled nine wicketless overs across three spells for 44 runs. Adil Rashid, the sole spinner picked by England, did not bowl a single over all match. India s decisions smacked of ignorance and naivety.

After being caught cold at Edgbaston, India s batsmen have no option but to front up to their gross inadequacies and the negligence of the management to read the Lord s surface. Their chances of staying alive in the series are bleak. At this rate, England are on course for 5-0. 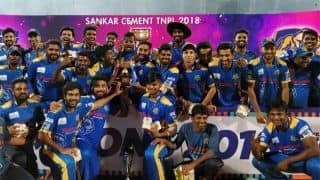 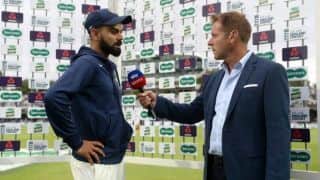