Jofra Archer is poised to make his Test debut in place of the injured James Anderson at Lord's.

England are expected to hand a much-awaited Test debut to World Cup-winner Jofra Archer against Australia at Lord’s today.

The 24-year-old fast bowler is expected to come in for the second Test of the Ashes, after England lost the first Test at Edgbaston.

Archer’s elevation to the Test team has been widely anticipated after he emerged a breakout star during England’s run to the World Cup title this year, and the prospect of getting a view of him in the five-day format has excited countless English cricket fans.

(READ: Very excited to see Archer at the start of his journey: Root)

Ahead of Archer’s expected Test debut at Lord’s, here’s a look at five other young cricket talents whose maiden Test matches had been widely anticipated.

One of the most-anticipated Test debuts by an Australian cricket was Michael Clarke’s. He had been talked of as international material from a young age, and success for New South Wales saw Clarke break into Australia’s ODI team in January 2003.

On October 7, 2004 at Bangalore’s M Chinnaswamy Stadium, Clarke made his Test debut at the age of 23 and produced a silken 151 which was the highest by an Australia batsman on debut away from home. His footwork against Anil Kumble and Harbhajan Singh in his maiden innings was exceptional, and Clarke’s 151 was the highest total in Australia’s first innings of 474. They won the Test by 217 runs to go 1-0 up in the four-match series, and a star was born.

Over an international career that spanned 11 years, Clarke was a multiple World Cup and Ashes winner while scoring over 17,000 runs for Australia. Statistically, he is Australia’s fourth-highest run-getter in Tests with 8643 from 115 matches, and his tally of 28 centuries is bettered by only Ricky Ponting (41), Steve Waugh (32) and Matthew Hayden (30). In ODIs, he was also fourth on the all-time list for Australia with 7981 from 245 appearances.

In the summer of 2008, India landed in Sri Lanka for a tour comprising three Tests and five ODIs. They had recently been bamboozled by Ajantha Mendis in the final of the Asia Cup, where the mystery spinner took 6/13 to bowl Sri Lanka to the title. Mendis had an aura about him that made his impending Test debut the most eagerly awaited since Clarke’s in 2004.

He made his Test debut in the first match of the series at the SSC in Colombo and bowled Rahul Dravid with a terrific delivery to claim his maiden wicket. The look on Dravid’s face said it all. He had been beaten clean and square.

Mendis, in tandem with Muttiah Muralitharan, bowled Sri Lanka to an innings-and-239-run win at the SSC. He took eight wickets on debut and when the three-Test series ended, Mendis had 25 wickets to break Murali’s record of 23 for a bowler in his debut series.

Mendis’ arrival was heralded as significant not just for his mystery deliveries, but because for the first time in Sri Lanka’s history there was a spinning partner for Murali who was willing to be the workhorse without sacrificing his intensity or guile.

Drafted into India’s Test squad after an astounding run of form in the preceding ODI series against Australia, during which he became the third batsman to score a double-hundred, Rohit carried his exemplary touch into the two Tests against West Indies. In his maiden innings in the format, he produced a superbly crafted innings to take India from 83/5 to 436/7. It took a long time coming 108 ODIs, the longest any cricketer has ever taken to make his Test debut but Rohit’s 177 off 301 proved a match-winning innings.

A former national javelin champion, Hazlewood earned the reputation of being highly rated pace bowler in Australian domestic cricket. In 2008, he became the youngest fast-bowler ever to represent New South Wales when, aged just 17, he was handed a first-class debut against the touring New Zealanders.

In 2014, Hazlewood made his Test debut against India at the Gabba and proved his backers right by picking a five-wicket haul in the first innings. His figures of 5/68 included the scalps of Cheteshwar Pujara, Virat Kohli, Ajinkya Rahane, MS Dhoni and R Ashwin. The 23-year-old also picked two wickets in the second innings, ending with match figures of 7/174 as Australia won the Test by four wickets.

Aged just 18 years and 328 days, Shaw became the youngest Test debutant for India since Ishant Sharma in 2007, when he took the field against West Indies in the first Test at Rajkot on Thursday the same venue he had made his first-class debut for Mumbai.

A teenage prodigy, he made his Ranji Trophy debut for Mumbai in the semi-final of the 2016-17 season as a 16-year-old, scoring a century. In 14 first-class matches since then, Shaw scored 1,418 runs, including seven centuries and five fifties.

After after those 14 first-class matches, he was handed his Test debut as opener and marked the occasion with 134 off 154 balls. That made him India’s youngest Test centurion. 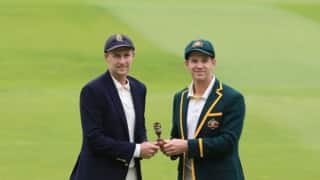 ENG vs AUS, 2nd Test, England vs Australia LIVE streaming: Teams, time in IST and where to watch on TV and online in India 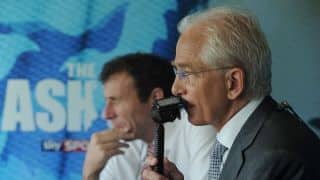