Despite some heartbreak, Bangladesh can look back on 2018 with many positive memories.

With 13 ODI wins from 20, statistically this is the second best year in ODIs for Bangladesh after the 14 they won in 2009. In this time, they won their first overseas series in nine years and reached the final of the Asia Cup – beating Sri Lanka, Pakistan and Afghanistan on the way – where they lost to India.

In T20Is, they bounced back from 0-1 to beat ICC T20 World Cup winners West Indies away and in the Nidahas Trophy got to within one ball of beating India to claim the prize but were instead left stunned by Dinesh Karthik s last-ball six.

While these results speaks of their ability, it is also symptomatic of Bangladesh s inability to cross the last hurdle. There was also the 0-3 T20I defeat to Afghanistan in Dehradun, a low that was topped by being bowled out for 43 on day one of a Test match in the West Indies.

Nevertheless, Bangladesh can look back on 2018 and take with it many positive memories.

Their tag of being a force to conquer at home – they beat Australia and England in the last two seasons – took a bit of a bruising when Zimbabwe went up 1-0 in November, but levelling the series and then defeating West Indies twice inside three days reaffirmed the belief that with better batting, Bangladesh can win more Test matches.

In the West Indies, they lost both Test matches by huge margins but won the ODIs 2-1 and the T20Is by the same margin after losing the opening game of both series. At home, they lost to Sri Lanka and beat Zimbabwe (ODIs) and West Indies in Tests and ODIs but lost to the latter in T20Is.

There were injury blows to Tamim Iqbal and Shakib Al Hasan – who remains a polarising figure with his relationship with the BCB – and Nasir Hossain, but the success of Taijul Islam and Mehidy Hasan Miraz, the successful return of Imrul Kayes and the emergence of teenager Nayeem Hasan made it an overall successful year for Bangladesh.

43 all out. Bangladesh were routed before lunch on day one of the first Test in the West Indies, their lowest-ever total. By stumps, West Indies were 201/2 and well on their way to an innings victory. Tellingly, The last nine Bangladesh batsmen scored only 14 between them, the lowest since 1955, and an innings that spanned 112 deliveries was the sixth-shortest completed innings of all time.

It was an embarrassing low for Bangladesh, who had just managed to lift themselves to eighth spot, displacing ironically West Indies.

Mehidy Hasan Miraz. Finished as Bangladesh s second-highest wicket-taker in Tests with 41 to Taijul s 43, at a better average (22.12) and strike-rate (43.7) and with exactly as many five-wicket hauls (four) and ten-wicket hauls (one). His successful year was underlined by figures of 12/117, the best by a Bangladesh bowler in Tests, as West Indies were thrashed at Mirpur in December.

Was far more successful at home against Zimbabwe and West Indies, but did manage 10 wickets in two Tests in the West Indies. Averaged 23.81 with the bat in Tests, with vital contributions down the order.

In 15 ODIs, Mehidy claimed 18 wickets at the lowest economy rate (3.99) of all Bangladesh bowlers.

And yet that is not entirely reflective of the talented batsman s downfall. A year ago Sabbir got himself into trouble for assaulting a fan during a domestic match, which resulted in a six-month ban and TK 20 lakh fine. In July, weeks after being recalled to Bangladesh s ODI squad, Sabbir was banned for six months from international cricket after he allegedly used foul language and threatened two fans via his personal Facebook account.

Sabbir is 27, but with a history of disciplinary breaches he could be lost for Bangladesh cricket.

Nayeem Hasan. The latest sensation off of Bangladesh s conveyor belt of spin talent, at the age of 17 years and 355 days the offspinner became the youngest player in Test history to take five wickets in an innings on debut. Hasan can bat too, as evidenced by an innings of 26 off 74 balls in his first trip to the crease which helped get Bangladesh to 324 in their first innings against West Indies at Chittagong.

December: 3 ODIs vs Sri Lanka (away) 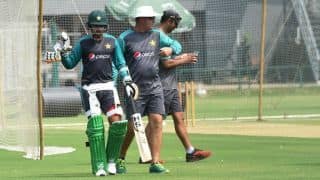 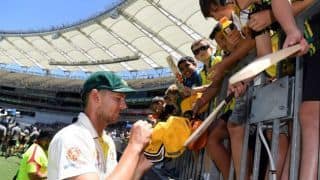 There’s been some good feedback from the public: Josh Hazlewood