Article 370: 'Will sort it out, son' - Gautam Gambhir replies to Shahid Afridi's plea to UN and Donald Tru

Article 370 has been the basis of Kashmir's complex relationship with India for 70 years.

Former India batsman turned politician Gautam Gambhir has replied to Shahid Afridi‘s tweet to the United Nations and US president Donal Trump calling for action against India’s BJP-led government after the abrogation of Article 370, the part of the country’s constitution that gives Indian-administered Kashmir special status.

On Monday, following the removal of the controversial Article 370 by the Indian government as it stripped the state of Jammu and Kashmir of autonomy after seven decades, characterising it as the correction of a “historical blunder”, former Pakistan captain Afridi took to twitter to claim that there was “unprovoked aggression” and “crimes” in Kashmir. He urged the UN to take action and asked Trump to mediate on the matter.

Kashmiris must be given their due rights as per #UN resolution. The rights of Freedom like all of us. Why was @UN created & why is it sleeping? The unprovoked aggression & crimes being committed in Kashmir against #Humanity must be noted. The @POTUS must play his role to mediate

On Tuesday, Gambhir replied to Afridi – with whom he has had on-field and twitter spats – on twitter by saying:

@SAfridiOfficial is spot on guys. There is “unprovoked aggression”, there r “crimes against humanity”. He shud be lauded for bringing this up. Only thing is he forgot to mention that all this is happening in “Pakistan Occupied Kashmir”. Don’t worry, will sort it out son!!!

On August 5, the BJP government revoked Article 370, a sensitive part of India’s constitution because it is what guarantees significant autonomy for the Muslim-majority state of Kashmir.

(WATCH: Afridi turns back the clock with a whirlwind 81 off just 40 balls)

The Himalayan region is disputed between the governments of India and Pakistan, who each claim it in full but control only parts of it.

The two nuclear power countries have fought two wars and engaged in conflict across the border over Kashmir since partition in 1947.

On Monday, after Article 370 was revoked, the Pakistan government condemned India’s decision and termed it illegal while stating that it would “exercise all options” to counter it.

This is not the first time that Gambhir and Afridi have sparred on twitter. In May, an extract from Afridi’s autobiography, Game Changer, was released in which the allrounder termed Gambhir as “someone who has no personality and the one who has a lot of attitude problem”.

In response, Gambhir tweeted that Afridi needed to visit a psychiatrist. Afridi hit back at Gambhir, saying the cricketer-turned Indian politician has problems for which he can be treated in Pakistan.

Afridi was earlier heard making comments on the sensitive Kashmir issue in 2018. Earlier last year, a day after security forces in Kashmir killed 12 terrorists, Afridi had tweeted about “innocents” being shot down in Kashmir, to which Gambhir had replied by saying that the allrounder did not know the difference between the UN and Under-19 cricket. 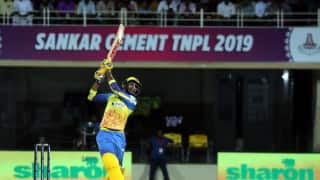 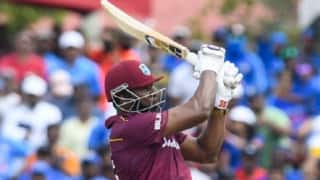