If New Zealand beat Sri Lanka 2-0, they will topple No 1 India from the top of the Test table.

Weather permitting – the forecast for the next five days in Galle is for rain – when Kane Williamson leads New Zealand out for the first Test against Sri Lanka on Wednesday, it will mark precisely one month since his team ended up unlucky runners-up to England in the greatest World Cup final of all time.

On July 14 at Lord’s, New Zealand came up second to Eoin Morgan’s top-ranked ODI team in the 2019 World Cup final. When regular playing time ended the scores were level, which prompted a Super Over which then ended with New Zealand level on England’s 15. Morgan’s team was crowned winners on the basis of having hit more boundaries in the match 24 to New Zealand’s 16.

Since that heartbreak, the Blackcaps returned to home for some down time, then linked up to fly out to Sri Lanka. After a rain-hit tour game, they now meet Sri Lanka in Galle for the first of two Tests, which marks the entrance of both teams into the new ICC World Test Championship.

If Williamson’s team beats Sri Lanka 2-0, they will topple No 1 India from the top of the ICC’s Test pile. New Zealand, with 109 points in Test cricket, are ranked behind leaders India on 113 points.

Becoming No 1 in Tests is a reality for New Zealand, and they are determined to get there. Their pace spearhead Trent Boult spoke before the team flew out from New Zealand about how the World Test Championship is added incentive for him and his team-mates, and last week Ross Taylor expressed his excitement to contest a format in which each Test now has more resonance.

After the tour of Sri Lanka, New Zealand host England for two Test matches and five T20Is in October-November. Those two Tests are not part of the World Test Championship, because the series was scheduled before the new competition was created. Following that series, New Zealand travel to Australia for three Tests and then return home to host India.

(READ: New Zealand target 2-0 win to topple India from No 1 in Tests)

Since December 2017, Williamson’s team has won a record five successive Test series but a series win on Sri Lanka soil had eluded the Kiwis. In 15 Tests played in Sri Lanka dating back to 1984, New Zealand have won four, lost six and drawn five.

Adding to their frustration was the wash out in Katunayake, a suburb of Negombo City, where just 65.5 overs of play were possible against the Sri Lanka Board President’s XI.

Rain is expected across of all five days of the first Test at the Galle International Stadium, where spinners have traditionally done well and where batting has become tougher as matches progress.

The current Sri Lanka team has its share of problems, but at home can boast a fine record. This is the first Test match Sri Lanka, ranked sixth, will play since their unprecedented 2-0 sweep of South Africa in February, which made them the first Asian team to win a Test series there.

The Sri Lanka Cricket selectors have named Dinesh Chandimal in a 15-man Test squad for the two-match series. Chandimal has not played for Sri Lanka in any format since he lost the captaincy in February, and is expected to slot back in Galle.

Chandimal was dropped for the tour of South Africa in February after overseeing two crushing Test defeats in Sri Lanka, which came after a winless tour of New Zealand and a 0-3 Test series loss to England at home. He has played 53 Tests, from which he averages 41.86 with 11 centuries.

Top-order batsman Oshada Fernando has been named too, after he made his debut in South Africa earlier this year. 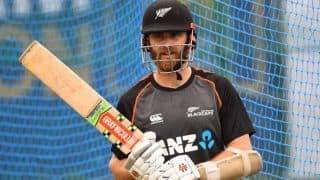