I did not see anything malicious in the Virat Kohli-Tim Paine spat: Justin Langer

I did not see anything malicious in the Virat Kohli-Tim Paine spat: Justin Langer

Langer said that the win Australia s first since the ball tampering scandal was more relief than joyous.

Perth: Australian coach Justin Langer says he quite liked India’s aggressive yet not-crossing-the-line approach in the second Test and insisted that the heated exchanges between Virat Kohli and Tim Paine were humorous not abusive.

India skipper Kohli and his Australian counterpart Paine clashed on the field a few times and exchanged a lot of words, with physical contact almost becoming a reality at one point. However, Langer said that he enjoyed the confrontation.

“I thought it was brilliant. As the two captains and they’re trying to stamp their authority on the game and I don’t think at any point there was any abuse or any real aggression to it,” Langer told ‘Fox Cricket’.

“That’s what we pride ourselves on we’ve got a bad reputation in a lot of ways, but when there’s a bit of humour in it I thought it was a good exchange,” he said.

Langer said he was happy that his team could stand its ground against an aggressive India during the Test.

“…It was quite emotional at the end of day three to be honest because I felt India had been really aggressive. I love it and that’s what Test cricket is really about. But we just needed to keep standing our ground with our skill, and hopefully we did that in this Test match,” he said.

Asked about that particular moment when Kohli and Paine were almost in each other’s physical space, Langer said it was all part of the theatrics.

“I think the days of Dennis Lillee and Javed Miandad are gone. I think Andrew Symonds did it to a spectator one day, it was one of the best shirt-fronts you’ve ever seen in your life, but I can’t ever imagine that in the environment we’re now in with so many cameras,” he said.

“It’d be absolutely silly for that to happen. That’s not cricket. They (Paine and Kohli) got close, but in a lot of ways it’s not a contact sport. We get that, but it was all part of that theatre of Test cricket and I didn’t see anything malicious in that.”

India lost the second Test by 146 runs as Australia pulled level 1-1 in the series. Langer said that the win Australia s first since the ball tampering scandal was more relief than joyous.

“When we got Rishabh Pant out, that was the first time in about 16 hours that I relaxed. I just had this sneaking suspicion he s a very dangerous player, when he got out I thought ‘ok now we can maybe enjoy it’,” Langer said.

“I remember my first Test hundred, if you go to my house there’s the bat I had, and it’s just a relief after all that time. It’s probably eight years, and that was the emotion. In a lot of ways that’s the emotion now, relief to get the result.”

“A lot of them (Australian cricketers) have been bashed for nine months. Now they can sit back and enjoy it.”

Langer also praised Paine’s leadership skills. “Tim Paine is the toughest pretty boy I’ve seen, but he is incredibly impressive as a captain and a person. He hasn’t got a bad bone in his body. What the world doesn’t see is his presence in the change room,” he said.

“He’s a real learner, he’s very thorough, he prepares as well as anyone … the other thing about Tim Paine we often forget is he’s literally the best keeper in the world…He’s an unbelievable cricketer,” said the coach.

India made the mistake of not going with a full-time spinner and it proved costly in the end, with Nathan Lyon picking man-of-the-match award for his eight wickets.

Langer paid tribute to the off-spinner. “When Mohammed Shami was bowling his aggressive spell (in the second innings on day four), I was nervous to watch and was thinking ‘maybe we should declare now because we didn’t want anything to happen to Nathan Lyon (or any of our bowlers),” he said.

“Kohli’s the best player in the world. Those two wickets (for Lyon on day four), what he allows us to do by bowling so well is give our fast bowlers a bit more of a spell. And he can bowl so well, not just holding up an end but he’s taking wickets for us,” said Langer.

While India have brought in Mayank Agarwal and Hardik Pandya for the Boxing Day Test, Australia have named an unchanged squad, even as doubts surface over the form of middle-order batsman Peter Handscomb.

“There are areas every one of our players can improve… The only thing I’ve spoken to him (Handscomb) about so far is I wonder if he’s watching the ball…,” he pointed out. Nepal’s Shakti Gauchan retires from all forms of cricket 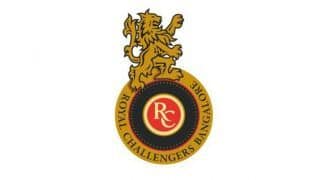