Aaron Finch won the toss and Australia have elected to bowl in the second and final Twenty20 International against India at the M Chinnaswamy Stadium in Bengaluru on Wednesday.

With the help of Glenn Maxwell s half-century and vital contribution from Pat Cummins at the end, the tourists eked out a thrilling three-wicket win at Vizag in the series opener which gives Australia a shot at history on Wednesday. If they do manage to win, Australia will bag their first T20I triumph on Indian soil.

India have made three changes for the crucial clash at Bengaluru. Umesh Yadav, who failed to defend 14 runs in the last over at Vizag, makes way for Siddharth Kaul, while Punjab legspinner Mayank Markande, the debutante in Vizag, makes way for allrounder Vijay Shankar. Rohit Sharma has been rested, while Shikhar Dhawan will open the innings along with KL Rahul.

“We would have bowled first as well. Like Aaron said it’s a good wicket. Looks like the old Bangalore wicket and that’s a good sign. Looks like there has been a lot of hardwork done to prepare and maintaint the pitch. Shot selection was something we discussed. The bowling was outstanding. We need to get used to playing big games. Three changes. Rohit is rested, Shikhar comes in. Markande comes in for Vijay Shankar, because of the pitch conditions and Umesh makes way for Sid Kaul,” Virat Kohli said at the toss.

Meanwhile, Australia go into the match with no changes. “Looks like a good wicket, so hopefully we can chase this down. We back ourselves to chase the target down. If at all there is going to be anything for the pacers it is going to be up front, so would like to exploit that. No changes for us,” limited-overs captain Finch said. 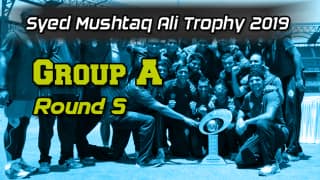