India captain Virat Kohli has said that he isn't averse to the idea of changing his batting spot from the usual No. 3 depending on what the team demands from him.

India captain Virat Kohli has said that he isn’t averse to the idea of changing his batting spot from the usual No. 3 depending on what the team demands from him. (READ: IPL will have no bearing on WC selection – Kohli)

There have been speculations over Kohli dropping down to the No. 4 since India coach Ravi Shastri had hinted the team might do that at the World Cup in England in order to bring more balance to the batting line-up. (READ: The key issues for India in last lap of ODIs)

“If that’s the requirement of the team at a particular stage in the game or before a particular game, I am more than happy to do it,” Kohli said on Friday in Hyderabad ahead of the series opening first ODI against Australia.

Saying his batting template won’t change much if he switches batting spots, Kohli said, “I have batted a lot of time at No. 4 and so I don t necessarily need to try it out because I have done that a lot in the past. My game doesn’t change much from No. 3 to No. 4 because the template is quite similar and in any given situation I back myself to play the game that I know. If a team wants it at any stage, I’m more than happy to do it.”

India will face Australia in their final international assignment ahead of the World Cup later this year and are targeting to fine-tune few chinks to settle on a squad that they will take to England.

With KL Rahul returning to form in the recently concluded two-match T20I series, Kohli said it’s a good proposition for India as the top-order batsman is capable of consistently scoring big runs at a quick pace.

“It augurs really well. KL, when he plays well, is operating at a different level I feel. We have seen him do that in the IPL last year and in patches over the last season we played as a team. It’s very difficult to find a consistent player, who can play good cricketing shots and still win you games at a strike-rate of over 140 or 150. He has all the shots and has a solid game as well,” Kohli said.

He added, “It will be interesting to see what happens in the final World Cup squad. Definitely, he has made a strong case for himself. It’s good he’s in great nick and hopefully he can carry it forward.” 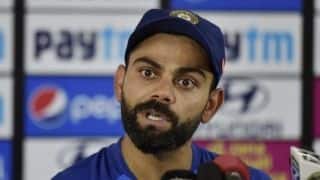 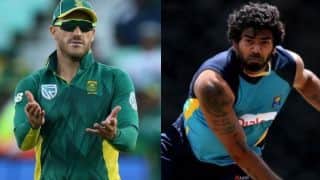